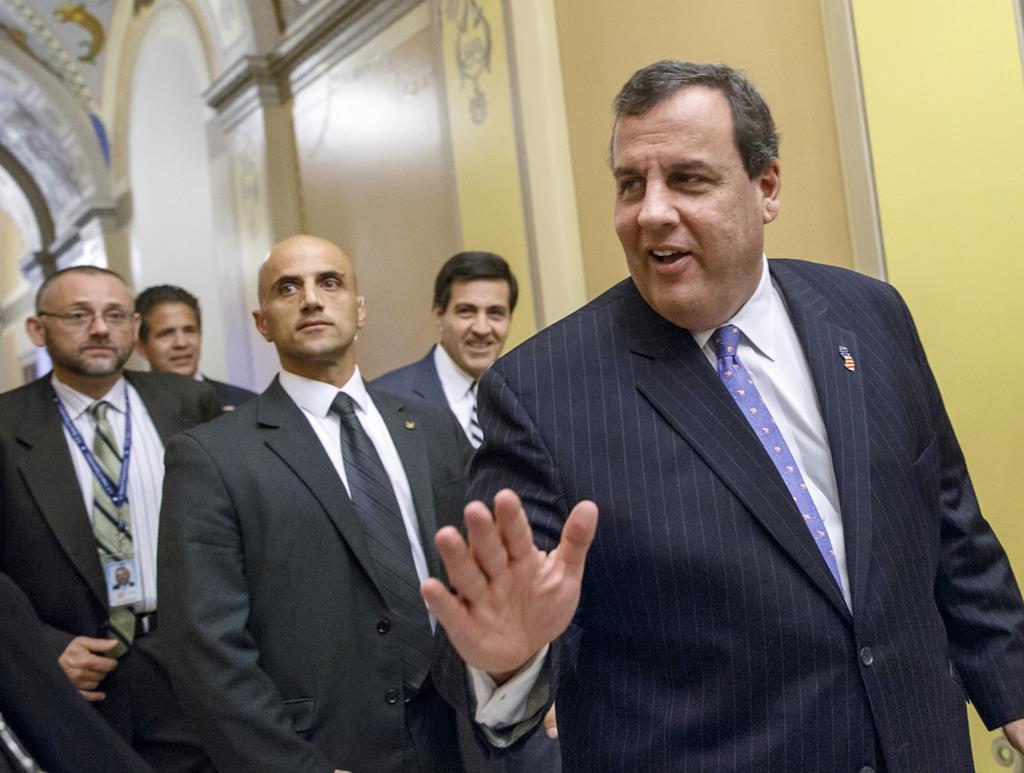 It’s after 9 p.m. on a Sunday night in late November,  and New Jersey Gov. Chris Christie is deep into a conference call talking about nuclear weapons and Iran.

One voice is advocating a hard line, arguing against allowing Iran any capability to enrich uranium. Another summarizes the status of current negotiations and argues that forcing Iran to give up enrichment entirely isn’t realistic.

This is how Christie has spent many of his nights during a year in which he raised record-setting amounts of campaign cash for his fellow Republican governors and methodically tried to recover from a political scandal involving traffic jams at the George Washington Bridge. Late at night, away from the spotlight of the midterm elections and 2016 speculation, he’s been on the phone with some of the brightest foreign policy minds in the Republican Party, getting ready to run for president.

“They’ve been much more quiet in general in their outreach and their approach than, say, [Texas Gov.] Rick Perry, who’s been very public and active,” said Lanhee Chen, who served as 2012 GOP nominee Mitt Romney’s chief policy adviser and is among those whom Christie’s aides have sought out for guidance.

“I think that reflects a difference in terms of what they perceive that they need to accomplish here very early on to be viable as presidential candidates,” Chen said.

Such preparation is expected from prospective White House candidates, especially those such as Christie, a long-time politician in New Jersey and former U.S. attorney who lacks the foreign policy experience of the favorite for the Democratic nomination, former Secretary of State Hillary Rodham Clinton.

The briefing efforts are led by Bob Grady, a longtime adviser to Christie and a former White House official who has become the point man on policy in the tight-knit Christie circle. Assisting is Bob Zoellick, the former president of the World Bank and U.S. Trade Representative, and Brian Hook, a former assistant secretary of state who was the Romney campaign’s senior adviser on foreign policy.

Zoellick and Grady said some of the sessions have covered Christie’s recent trips to Mexico and Canada. Other topics have included Ukraine and Russia, the Islamic State, Syria and Iraq, Iran, and the defense budget.

The calls, which generally last about 90 minutes, typically begin with several experts discussing a region’s history, recent developments and the views of foreign leaders of the countries involved, followed by a detailed question-and-answer session. The format is designed, they said, to expose Christie to multiple points of view and help him build a deeper understanding of history and world affairs.

“The idea is, the governor will form his own views, and this is the stage where he can get some sort of range of perspectives, some sense of questions that he should be thinking about,” Zoellick said. “I personally think, having been through these since the ’88 campaign in one form or another, is that it’s the best way for him to actually think through and develop a foundation.”

Christie has also met one-on-one or on the phone with officials, business leaders and academics, including former secretaries of state Condoleezza Rice and Henry Kissinger, and Council on Foreign Relations President Richard Haass.

While selling himself as a brash straight-talker, Christie has been notably reluctant to share his views about policy issues that fall outside his wheelhouse as governor. That includes immigration, which Christie has repeatedly said he won’t discuss unless he chooses to run.

While Christie and his aides have also been reluctant to share other details about their preparations, members of his team, led by his chief political adviser Mike DuHaime and money man Bill Palatucci, have begun a quiet outreach effort to potential donors as well as conservative activists, people familiar with the efforts said.

One of Christie’s most loyal cheerleaders, Ken Langone, the billionaire founder of Home Depot, said he’s been chatting up friends and associates who may also be interested in backing a Christie campaign.

“As I talk, I’m keeping a list of people that, if the governor decides to run, these are the people I’m going to go to and say, ‘Would you like to help?’” he said.