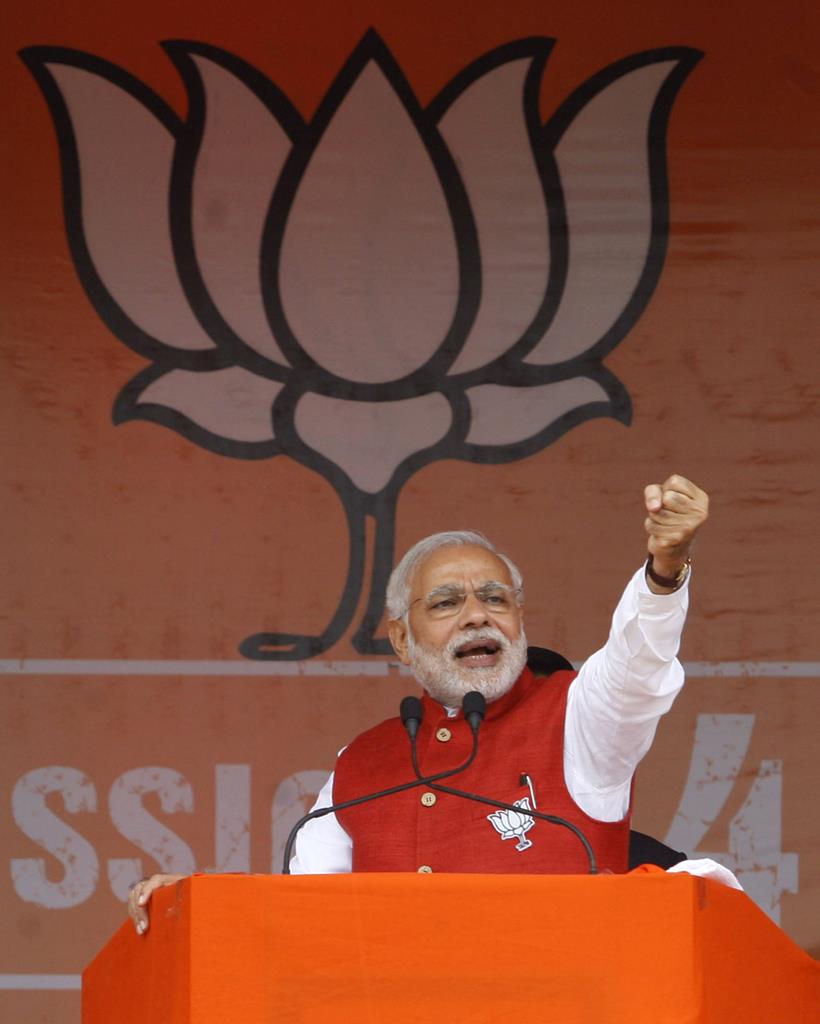 In another sign of an historic warming in India-Israel relations, Dehli is reportedly considering a cancellation of its automatic support for the Palestinians at the United Nations.

If so, it would mark a “tectonic shift” in Indian foreign policy, The Hindu daily said on Monday.

The paper cited two government sources saying that “like other foreign policy issues, the government [of recently-elected Narendra Modi] is looking at India’s voting record at the United Nations on the Palestinian issue.”

The change seems likely, requiring only administrative approval, a second source was quoted as saying.

Israeli diplomatic officials could not confirm the report, but there is speculation that India’s Foreign Minister Sushma Swaraj will come to Israel next month, and if that is the case then the issue will presumably be on the agenda.

Modi’s appointment of Swaraj as foreign minister was welcomed in Yerushalayim, since she served from 2006 to 2009 as chairwoman of the Indo-Israeli Parliamentary Friendship Group and visited the country in 2008, praising Israel at the time for proving a “reliable partner” in India’s 1999 war with Pakistan.

The election of Modi from the Hindu nationalist BJP party earlier this year has led to a significant improvement in political ties between India and Israel.

Voting against Israel at the U.N. has historically been a way for New Delhi to appease its huge Muslim population unhappy with the country’s’ growing ties with Israel. So it was recognized as significant that during Operation Protective Edge the Modi government resisted pressure to condemn Israel in parliament. Israel appreciated the government’s stance. It helped to balance their vote in the U.N. Human Rights Council in favor of sending a probe to investigate the Gaza operation.

Prime Minister Binyamin Netanyahu met Modi on the sidelines of the United Nations General Assembly meeting in September, and declared the “sky’s the limit” in Israeli-Indian ties. It was the first meeting between the two countries’ prime ministers in 11 years.