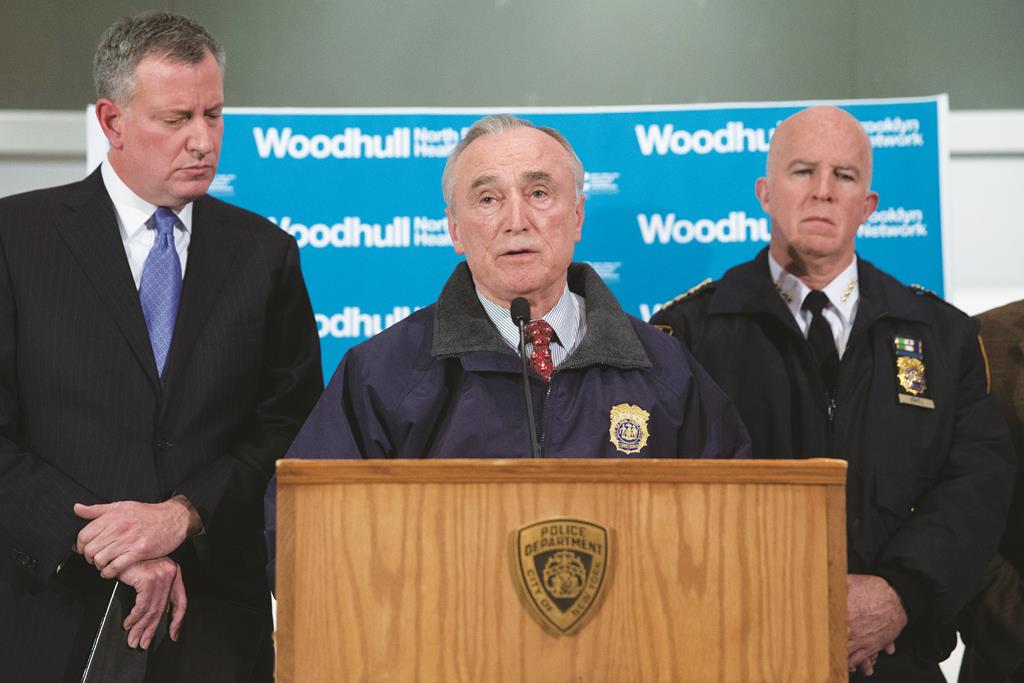 New York Mayor Bill de Blasio faced the biggest crisis of his time in office on Sunday following the fatal shooting of two police officers, in an attack intended as retribution for recent U.S. police killings of unarmed black men.

The gunman’s posts on social media indicated he had been motivated by the deaths of 18-year-old Michael Brown and Eric Garner, a 43-year-old father of six, at the hands of police officers.

Grand juries reviewed both cases but found that the officers involved broke no laws, decisions that sparked weeks of sometimes violent protests across the United States, particularly in New York, the St. Louis suburb of Ferguson, Missouri, and Berkeley, California.

The decisions and subsequent protests prompted Barack Obama, the first black U.S. president, to set up a task force last week charged with rebuilding trust between police and minority communities.

“There is an anger across this city that the people who are in charge are not talking,” said political analyst Basil Smikle. “The conversation between Mayor de Blasio and the police seems to be shut off altogether.”

The city’s largest police union lashed out at de Blasio.

“There’s blood on many hands,” said Patrick Lynch, head of the Patrolmen’s Benevolent Association. “That blood on the hands starts on the steps of City Hall in the office of the mayor.”

The PBA had previously started a campaign in which officers could fill out a form asking the mayor and other officials not to attend their funerals if they were to die in the line of duty.

It was not clear on Sunday how many officers had filled out the forms and information was not yet available on funeral plans for the victims of the first fatal shootings of on-duty members of the largest U.S. police department since 2011.