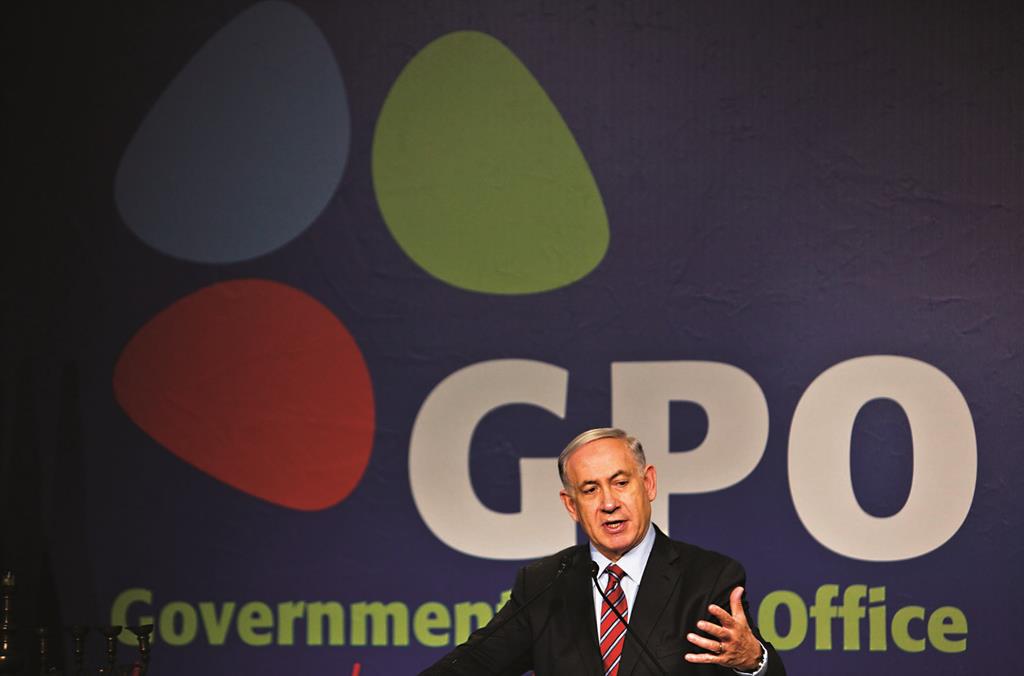 After weeks of urgent summitry and intense maneuvering, the United States said on Thursday that it would not support a new Palestinian-proposed U.N. Security Council draft resolution.

“It is not something we would support,” State Department spokeswoman Jen Psaki told reporters on Thursday.

The statement came a day after Jordan formally submitted to the United Nations Security Council a draft resolution calling for peace between Israel and the Palestinians within one year and an end to Israel’s presence in Yehudah and Shomron by the end of 2017.

Diplomats say negotiations on the text could take days or weeks. Jordan’s U.N. envoy Dina Kawar said she hoped the council could reach a unanimous decision on the resolution, but that now seems out of reach.

The word from Washington lifted, at least for the moment, a pall of anxiety in Israel over which way the United States would tilt at the U.N.. But other proposals, notably from the French, are still in the works.

Israeli Prime Minister Binyamin Netanyahu has decried a “wind of appeasement” sweeping Europe, as European Union members were backing Palestinian statehood while criticizing Israel and shrinking away from the war against terrorism.

The unilateral move by the Palestinians at the U.N. on Wednesday will lead to Hamas taking over Yehudah and Shomron, Netanyahu warned Thursday evening, before Psaki’s comment.

In an address to foreign journalists on Wednesday night, Netanyahu cited troubling developments which came in rapid succession this week — the European Court of Justice in Luxembourg’s removal of Hamas from the EU terrorist list, the European parliament’s resolution backing Palestinian statehood and the call at a meeting of the Fourth Geneva Convention to investigate Israel for alleged violations — as indicating Europe’s interest in appeasing the “very forces that threaten Europe itself.”

“Too many in Europe are calling on Israel to make concessions that would endanger not only the security of Israel, but also — paradoxically — the security of Europe,” he said.

“Because Israel is the forward position of European civilization.”

Nine votes on the 15-member council are needed to adopt a resolution, which would then force the United States to decide whether to veto it.

On the other hand, after an urgent meeting with Kerry in Rome earlier in the week, it was apparent that Netanyahu had not succeeded in securing a promise of a veto. When asked about it by reporters, he would say only that he believed his message of adamant opposition had been heard.

France, Britain and Germany are also drafting a resolution, which French Foreign Minister Laurent Fabius said would propose concluding peace talks in two years. Other parameters for ending the conflict would also be set, diplomats said. The submitted Palestinian draft appears to reflect some European ideas, according to Reuters.

The draft resolution submitted on Wednesday states that a negotiated solution should be based on several parameters including the 1967 borders, security agreements, and “Yerushalayim as the shared capital of the two States which fulfills the legitimate aspirations of both parties and protects freedom of worship.”

The text also “calls upon both parties to abstain from any unilateral and illegal actions, including settlement activities, that could undermine the viability of a two-state solution.”

“Certainly this will not hasten an agreement, because without Israel’s consent, nothing will change,” Lieberman said in a statement.

“It would be better if the Security Council dealt with matters truly important to the citizens of the world, such as the murderous attacks this week in Australia and Pakistan, or discuss events in Syria and Libya, and not waste time on the Palestinians’ gimmicks,” he said.

“The Palestinians made sure to remove any mention of Israel’s status as a Jewish state from the draft, which means this is not an act of peace, it’s an act of war,” he told Israel Radio.

Steinitz urged a strong response. “We need to consider every move including cutting off economic ties with the PA and stopping the transfer of taxes collected on its behalf,” he said.

“If the PA continues to incite against us, against our existence, against the Jewish nation, if it [continues to] take unilateral action, we need to respond not just in the international sphere but also in the Palestinian sphere and to consider, if there is no other choice, dismantling the [Palestinian] Authority,” he said.