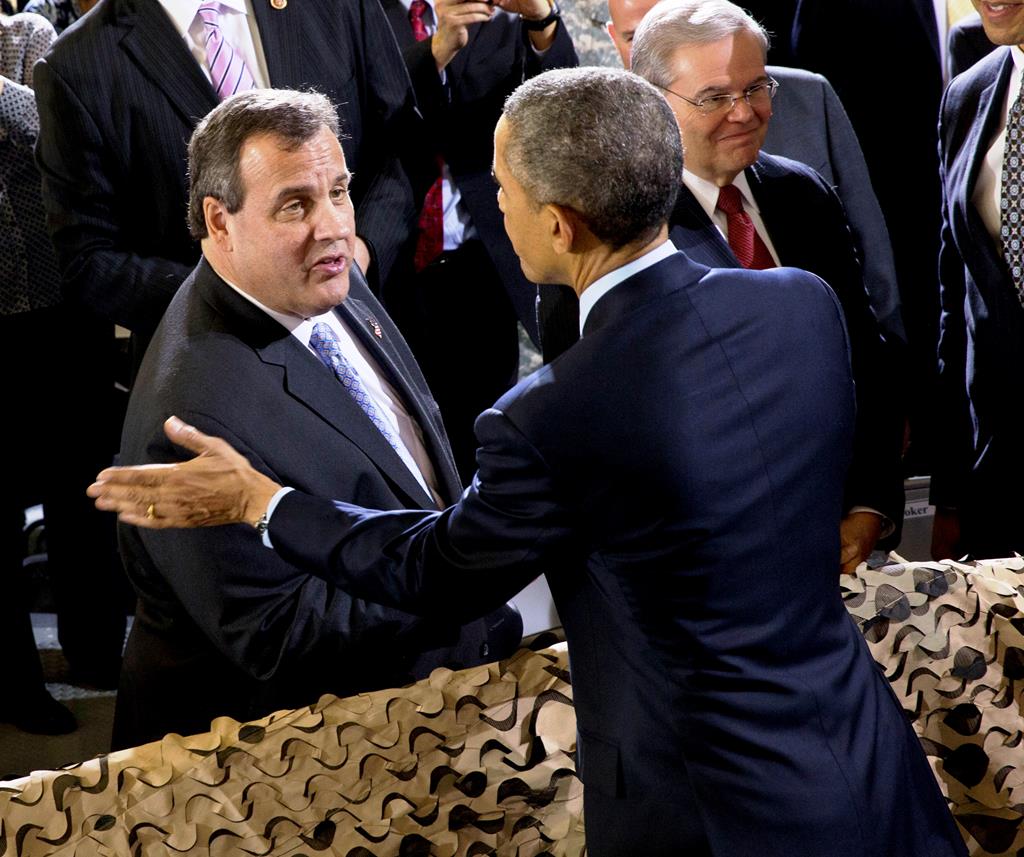 Mindful of a conservative voter base who will judge a potential presidential bid, Gov. Chris Christie on Monday defended meeting President Barack Obama earlier that day during a visit to New Jersey.

Christie spent Monday afternoon with Obama and other officials at Fort Dix, where the president saluted troops returning from Afghanistan.

“I think whenever the president of the United States comes to your state, the governor should be there to greet him and welcome him and I was,” Christie said during his monthly “Ask the Governor” radio show.

Christie said he and the president discussed Sandy recovery, their families and plans for the holidays during a limo ride and backstage together.

Christie has been increasingly critical of Obama’s leadership and policies as he comes closer to making a decision about 2016. But he said it was also important for the pair to get along.

“As I’ve said before, I profoundly disagree with the president on lots of different things. But, you know, we both have a job to do. And it’s my job to make sure that we get along with each other as best as we can,” he said.

During his remarks, Obama recalled his trip to the Jersey shore, where Christie beat him at football toss. Obama called it aggravating, but said he’d get a rematch at some point.