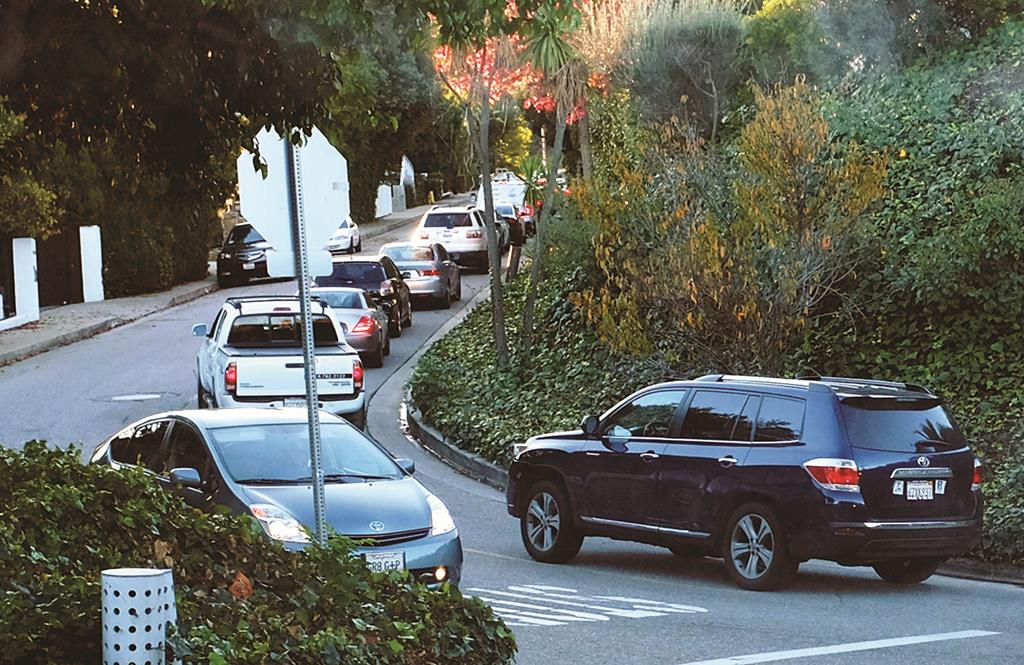 When the people whose houses hug the narrow warren of streets paralleling the busiest urban freeway in America began to see bumper-to-bumper traffic crawling by their homes a year or so ago, they were baffled.

When word spread that the explosively popular new app Waze was sending many of those cars through their neighborhood in a quest to shave five minutes off a daily rush-hour commute, they were angry and ready to fight back.

They would outsmart the app, some said, by using it to report phony car crashes and traffic jams on their streets that would keep the shortcut-seekers away.

Months later, the cars are still there, and the people are still mad.

“The traffic is unbearable now,” said Paula Hamilton, who lives on a once quiet little street in the Santa Monica Mountains in a neighborhood called Sherman Oaks.

“With millions of users in LA, fake, coordinated traffic reports can’t come to fruition because they’ll be negated by the next 10 people that drive down the street passively using Waze,” she said.

There are some things that can be done to mitigate the situation, said Los Angeles Department of Transportation spokesman Bruce Gillman, like placing speed bumps and four-way stop signs on streets. Lanes could even be taken out to discourage shortcut seekers, but a neighborhood traffic study would have to be done first.

“Road diet, they call it,” Gillman said. “It’s to make streets so people can walk, people can bike.”

But the bigger problem, Gillman said, is that everybody is using smartphone apps these days and they will quickly find every shortcut out there.

Los Angeles County has 7.6 million registered vehicles, more than some states. The Interstate 405 Freeway that parallels the unhappy neighborhoods carries 379,000 cars a day.