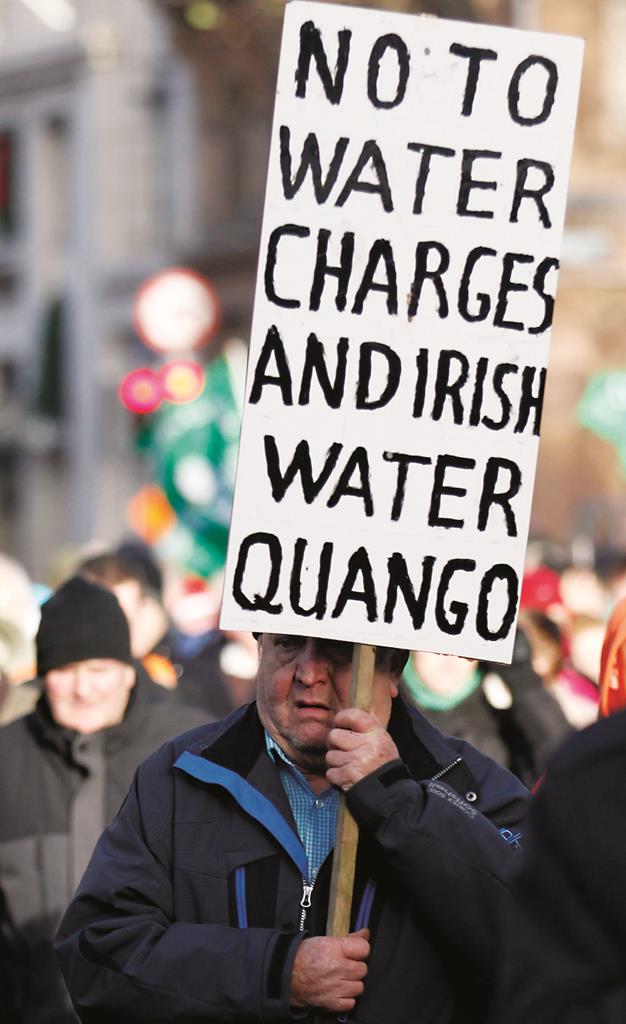 Tens of thousands of protesters brought Dublin to a standstill Wednesday in a mass protest against Ireland’s planned new tax on household water supplies, the last major measure in the country’s six-year austerity drive.

Police estimated more than 30,000 people attended the main “Right2Water” rally in the square outside the office of Prime Minister Enda Kenny, where socialist and Irish nationalist politicians appealed from a makeshift stage for the public to boycott their water bills. “No way! We won’t pay!” the crowd chanted.

Ireland’s 3 1/2-year-old government is facing its greatest test since admitting it bungled the creation of a new nationwide utility, Irish Water. The initial deadline for households to register for the new charge came and went Oct. 1 with widespread refusals, and crowds have blocked Irish Water workers from installing meters in many working-class neighborhoods. The government, seeking to calm the air of rebellion, proposed smaller, more clearly defined water charges due to come into force Jan. 31.