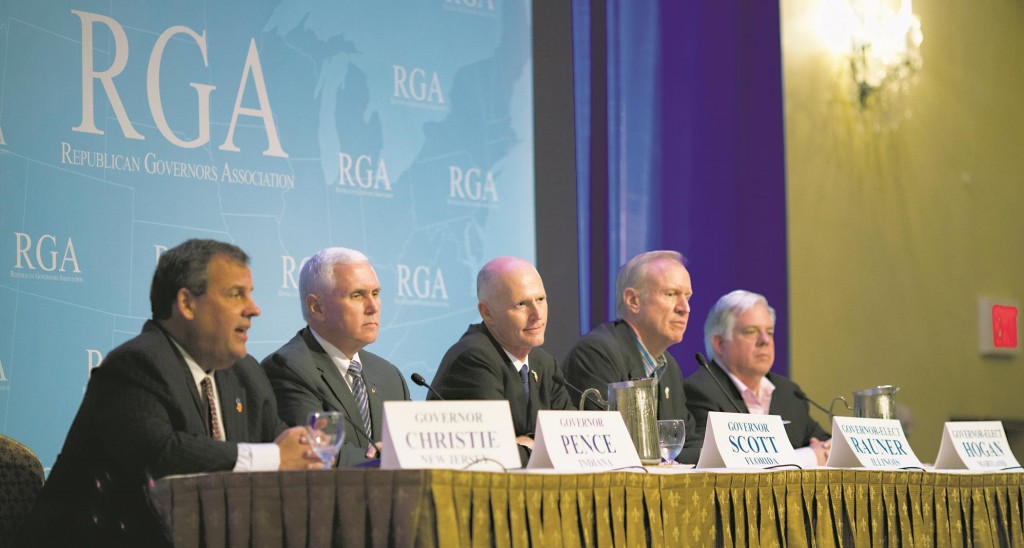 Tennessee Gov. Bill Haslam has been elected as the next chairman of the Republican Governors Association.

He’ll take the reins from New Jersey’s Chris Christie, who has been on a victory lap at the group’s annual meeting in Florida this week after Republicans did especially well in the midterm elections.

New Mexico Gov. Susana Martinez will be vice chair of the organization, the group also announced.

In a statement, Christie praised Haslam as “a strong leader among leaders.” Haslam’s chairmanship “will serve the RGA well as it works to build upon a historic election year and strengthen our majority in the states.”

Haslam “emerged as a true pioneer when he took office, and his commanding victory this past election shows that his reform-driven approach is working for Tennessee,” Christie added.

Haslam told reporters before the vote that he was “interested and willing to serve if elected” chairman — a position it seemed nobody had wanted to fill.

Several more high-profile candidates, including Wisconsin Governor Scott Walker, took their names out of the running, as they consider potential presidential runs.

And with only three governor’s races on the calendar in 2015, the position is less of a platform than in busier years.

Haslam told reporters that, if elected, he hoped to maintain the RGA’s momentum after Republicans scored a series of unexpected wins this cycle, including the governors’ mansions in Maryland and Massachusetts.