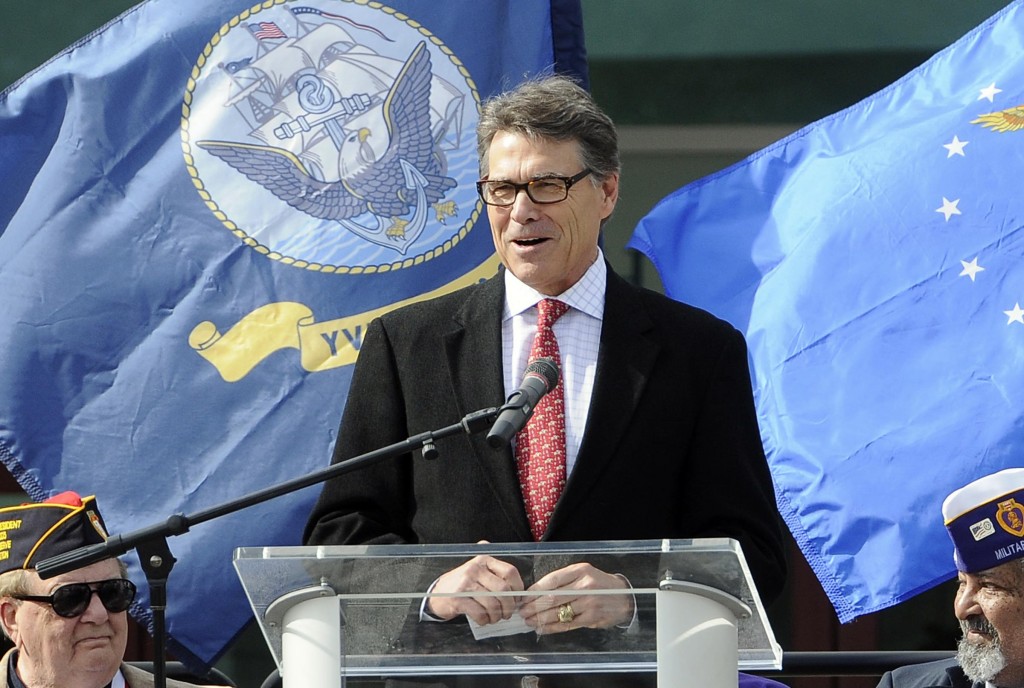 A Texas judge refused on Tuesday to quash on technicalities two criminal felony indictments for abuse of power against Gov. Rick Perry, ruling that the potentially embarrassing case against the possible 2016 presidential hopeful should proceed.

The governor’s defense team had sought to have the matter thrown out, arguing that the special prosecutor, Michael McCrum, wasn’t properly sworn in and some paperwork wasn’t correctly filed. But a written ruling from District Judge Bert Richardson, who like Perry is a Republican, sided with McCrum.

“This court concludes that Mr. McCrum’s authority was not voided by procedural irregularities,” Richardson wrote.

An Austin grand jury indicted Perry in August on charges of abuse of official power and coercion of a public servant. He’s accused of publicly threatening, then carrying out, a veto of state funding for public corruption prosecutors after the unit’s Democratic district attorney refused to resign following a drunken driving conviction.

Perry made his first court appearance Nov. 6. He calls the case a political witch hunt and says he’d issue the veto again.

His attorneys have also sought to have the charges against Perry dismissed on constitutional grounds, but Richardson has yet to have a hearing on that challenge and isn’t expected to rule on it for weeks.

The day before Richardson’s ruling, Perry’s defense team filed a 28-page brief asserting that the case shouldn’t continue because Perry’s actions were protected by the constitutional powers of his office. They also bristled at McCrum’s past suggestions that the governor wasn’t above the law in arguing that his fate should be decided by a jury — just like any criminal defendant.

“This invalid prosecution cannot go to trial — not because Governor Perry is above the law, but because everything he is accused of in this case is absolutely protected,” the attorneys wrote Monday.

Perry didn’t seek re-election but is seriously considering a second White House run after his 2012 bid flamed out in a series of memorable gaffes. He said he may announce a decision by May or June.

In arguing that it should be tossed out because of technicalities, Perry’s lead attorney, Houston-based Tony Buzbee, had repeatedly cited the U.S. Constitution and said it should apply to all matters, no matter how small.

“If you’re going to take away someone’s freedom, it’s not too much to ask you follow the letter of the law,” Buzbee said in Richardson’s courtroom this month. “If we start picking and choosing which parts of the Constitution that we’re going to follow, that’s utter chaos. That’s anarchy.”