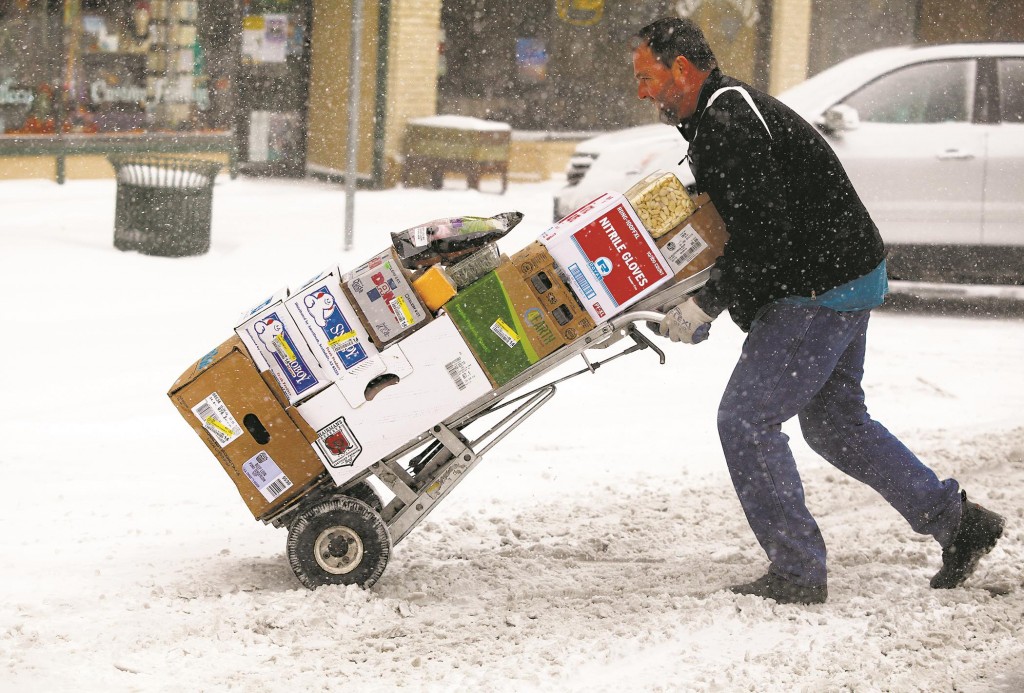 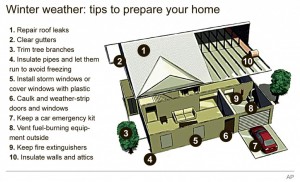 Heavy snow blanketed parts of the Upper Midwest with more than a foot of snow on Tuesday, leaving residents there and in the Rockies waking up to frigid temperatures that plunged as much as 50 degrees overnight.

The rest of the Midwest and the East are expecting a dose of the icy weather later this week thanks to a powerful storm that hit Alaska with hurricane-force winds over the weekend.

A look at the storm and its effects:

More than 2 feet of snow blanked parts of Michigan’s Upper Peninsula, and more was on the way before the front was expected to exit on Wednesday. Northern Wisconsin also got as much as 18 inches of snow, and parts of central Minnesota more than 16.

The blast of frigid air sent temperatures plunging as far south as the Texas Panhandle, where balmy 70-degree weather fell into the teens overnight. In Oklahoma City, Monday’s high of 80 degrees hit a low of 30 degrees Tuesday morning – a drop of 50 degrees.

And in the Dakotas, single-digit temperatures came with wind chills that made it feel like 20 below in some places. But that was good news for Action Mechanical Inc. of Rapid City, South Dakota, which was doing a booming heating and ventilation business.

“Bang! We get this arctic blast, and it just opens the floodgates,” said John Hammond Jr., a department head. “We’re behind right now as we’re sitting here talking.”

In Colorado, temperatures fell into the teens and prompted officials to move a Veteran’s Day ceremony indoors in Denver.

Meteorologists are adamant that the weather isn’t because of the polar vortex, a giant upper air pattern that normally pens in cold air in the Arctic in the winter, but instead pushed in by an entirely different weather phenomenon more related to the remnants of a powerful typhoon.

“The polar vortex itself has not moved south. It’s still in the Arctic where it always is,” said National Weather Service spokeswoman Susan Buchanan, adding that federal forecasters are calling this a cold snap or a cold front.

Still, forecasters warn that the cold will linger. Some regions will go from record warm to record cold in just two days, with temperatures dropping 15 to 20 degrees below normal on the East Coast Friday and Saturday. And freezing temperatures will likely dip as far south as Atlanta on Friday, said Jeff Masters, meteorology director of the Weather Underground.