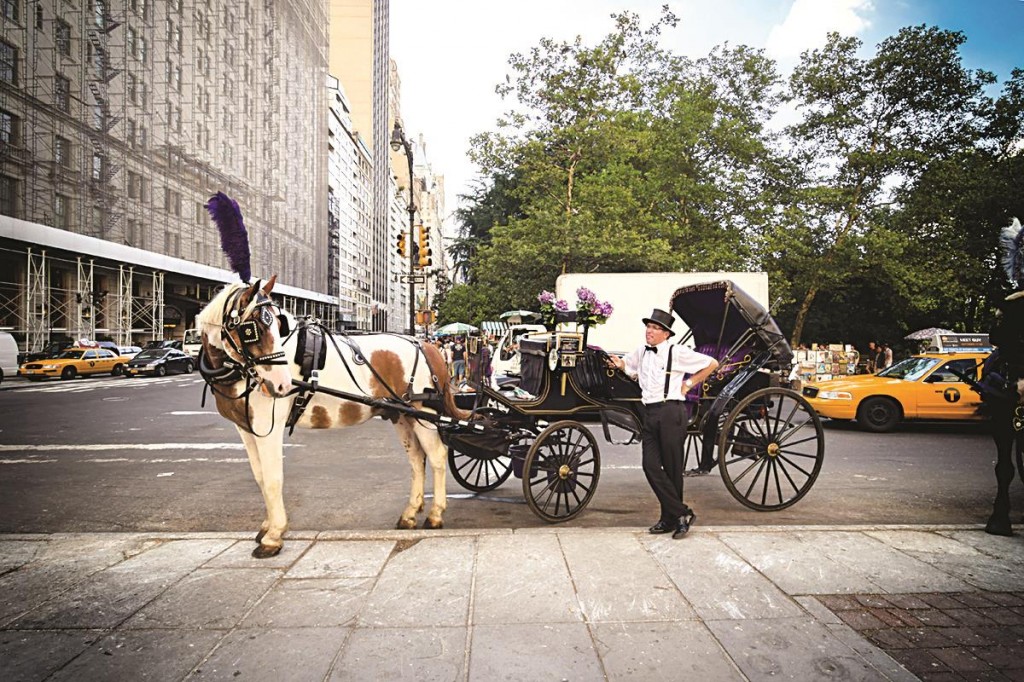 Mayor Bill de Blasio assured animal rights activists during his run for City Hall that he would rid Central Park of horse-drawn carriages, which he called inhumane.

“We are going to get rid of the horse carriages, period,” de Blasio said a few days before taking office Jan. 1. “It’s over.”

Now, ten months into his term, tourists still pay $50 for a 20-minute trot through the park, while at City Hall, a draft for legislation has yet to be written and no one is saying why.

At stake, aside from holding a politician to a promise, are the jobs of 300 drivers, blacksmiths and stable hands, some of the most visible players in New York’s $39 billion tourist industry. It’s also a test of de Blasio’s ability to balance a campaign vow with his ties to a key constituency — organized labor — whose leaders oppose a ban.

The silence of elected officials contrasts with the noise made by about 50 animal rights activists who demonstrate regularly at City Hall.

“The carriage drivers are incredibly lawless; there were many instances of hit-and-runs,” said Allie Feldman, spokeswoman for New Yorkers for Clean, Livable and Safe Streets, or NYCLASS.

Labor’s opposition became clear last month when Teamster Local 553, which represents the carriage drivers, came to City Hall to support Councilman Rafael Espinal, the 30-year-old chairman of the consumer affairs committee, which historically has made the rules regulating the horse-carriage industry.

“I see how unemployment affects families, and I couldn’t support a law that would cause the loss of so many jobs,” Espinal said.