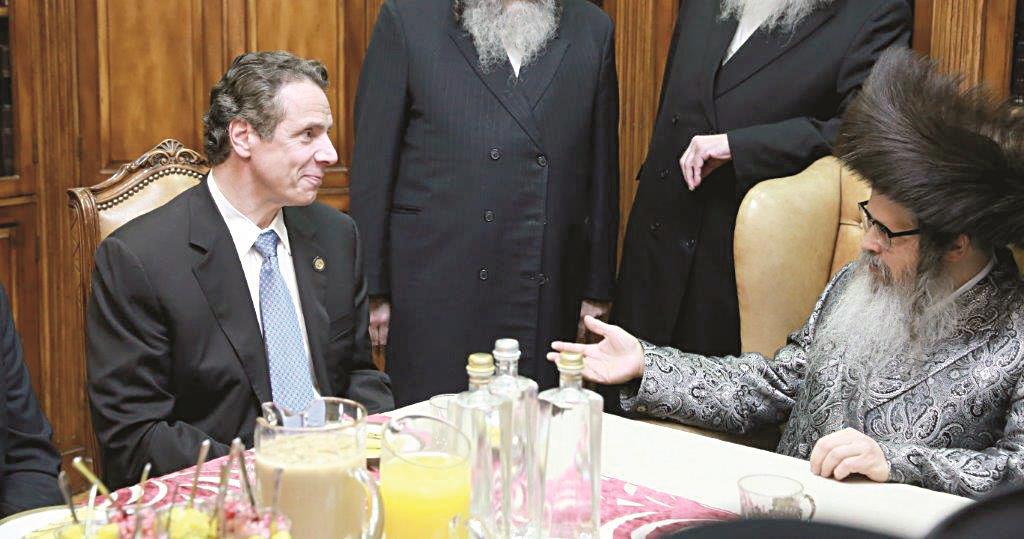 “He has made this a more progressive, more fair, more forward-looking state — and it’s turned out to be good for the economy,” Clinton said at the Manhattan headquarters of 1199 SEIU, the powerful health-care workers union.

The two politicians were joined by the city’s comptroller, Scott Stringer, public advocate Letitia James, and Reps. Jerrold Nadler and Charles Rangel. Bill Clinton’s wife and possible presidential contender Hillary Clinton appeared at a rally for Cuomo the week before.

Cuomo and Clinton have a history going back decades, when Cuomo joined the Clinton administration as Secretary of Housing and Urban Development. Stringer accidentally referred to Cuomo as “Mario,” his father and a former governor.

Clinton said that Cuomo is running against Republican Westchester County executive Rob Astorino, whom he accused of being “the last gasp of trickle-down economics.”

“The reasons all of these elections all over America are being so hotly contested is that our friends in the other party think this is the last time to cash in on the misery of the American people,” Clinton said. “They want to go back to social policies where you’re on your own.”

He called Astorino an “ultra-conservative” who wants to repeal the state’s strict gun-control laws, overturn Roe v. Wade and reverse the immorality law.