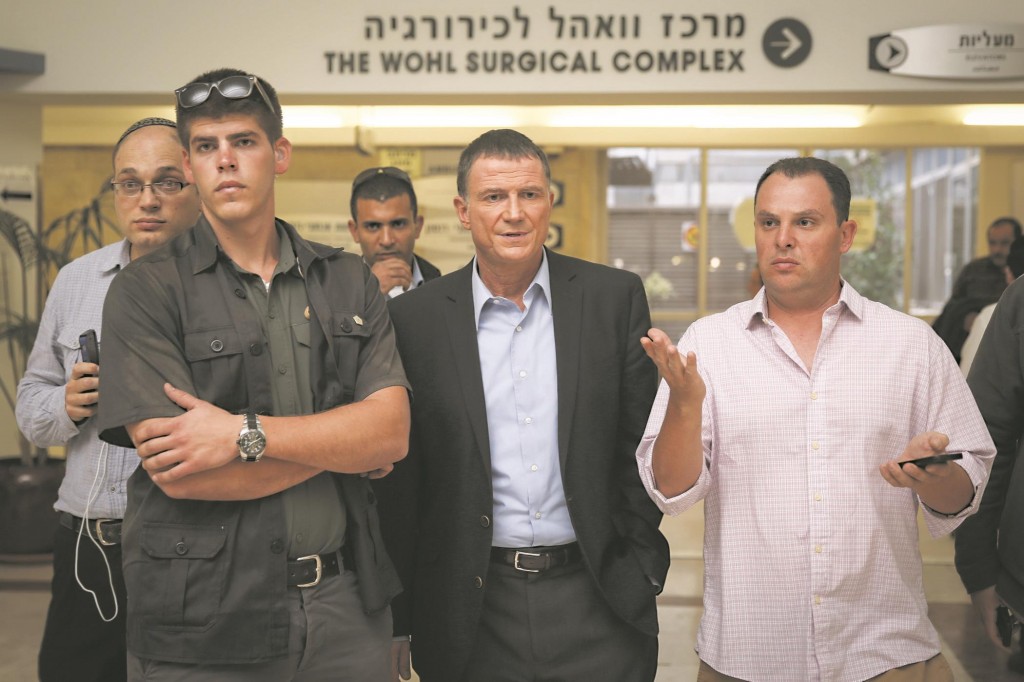 Yehuda Glick, the Temple Mount activist who was shot by a Palestinian terrorist in Yerushalayim, remained in critical but stable condition at Shaare Zedek Hospital on Thursday.

A hospital spokesman said he had shown slight improvement and that doctors were more optimistic than they had been at first, but that his injuries are complicated and will probably need further surgery

Brenda Glick told Arutz Sheva that her son responded to doctors and held her hand and moved his legs when she visited him Thursday morning following emergency surgery.

Glick was shot four times at close range by Mu’taz Hijazi from Abu-Tor in Yerushalayim. Hijazi was killed in a shootout with police several hours afterwards.

Edelstein instructed Knesset guard commander Brig. Gen. Yosef Griff to assign a special security attachment for MK Moshe Feiglin (Likud), an outspoken right-wing MK who also attended the event where Glick was shot, and was thought to be at risk.

Meanwhile, police disavowed any negligence in Glick’s case, though he had reportedly complained to them of death threats and had received no special protection.

“Regarding a citizen like Yehuda Glick, who does not bear an official position — he is well known, by the way, for his activities around the Temple Mount, and recently he also received a distancing order from the Temple Mount — of course, if there are specific threats we update [the person threatened] and we take action of necessary.”

“There was no specific threat that reached us that required some kind of action or another,” according to Police Commissioner Lt-Gen Yohanan Danino.