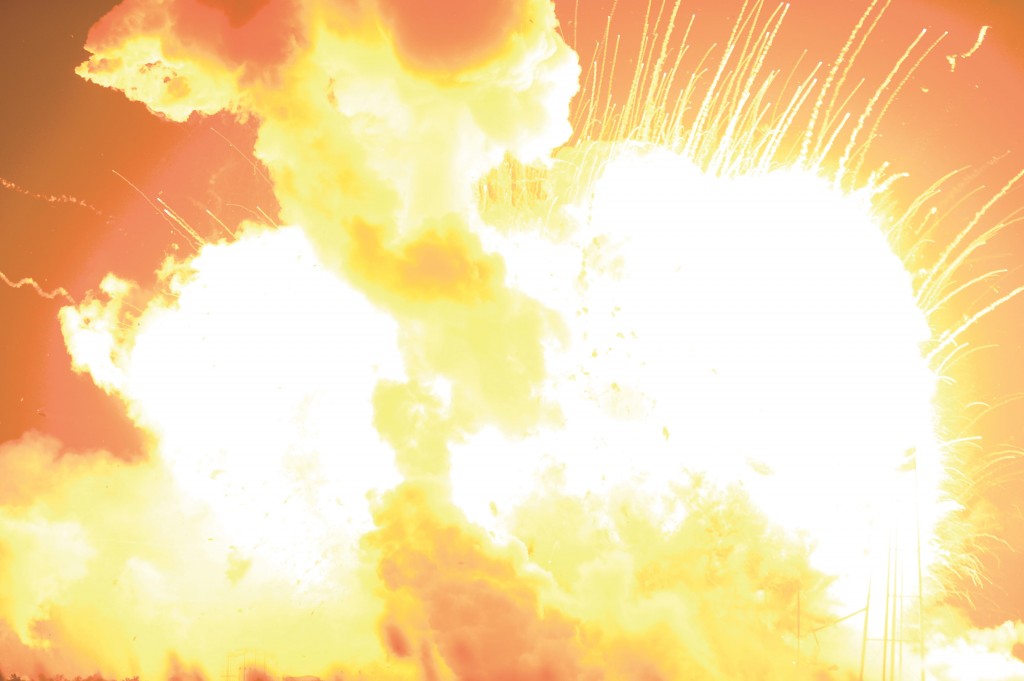 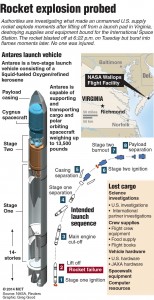 Crews searched for scorched wreckage along the Virginia coast Wednesday in hopes of determining why an unmanned commercial rocket exploded in a blow to NASA’s strategy of using private companies to send supplies and, eventually, astronauts to the International Space Station.

The 140-foot Antares rocket, operated by Orbital Sciences Corp., blew up 15 seconds after liftoff Tuesday, lighting up the night sky and raining flaming debris on the launch site. No one was injured, but the $200 million-plus mission was a total loss.
The blast not only incinerated the cargo — 2 1/2 tons of station equipment and science experiments dreamed up by schoolchildren — but dealt a setback to the commercial spaceflight effort championed by NASA and the White House even before the shuttles were retired.

It was the first failure after an unbroken string of successful commercial cargo flights to the space station since 2012 — three by Orbital and five by SpaceX, the other U.S. company hired by the space agency to deliver supplies.

Although the cause of the blast is still unknown, several outside experts cast suspicion on the 1960s-era Russian-built engines used in the rocket’s first stage. Orbital Sciences chairman David Thompson himself said that the Russian engines had presented “some serious technical and supply challenges in the past.”

He said he expects the investigation to zero in on the cause within a week or so. The launch pad appeared to have been spared major damage.

Former NASA Administrator Michael Griffin, who helped spearhead the commercial cargo effort, noted that the Antares rocket was still in development. He and others associated with the space agency went into the program knowing that failures were likely.