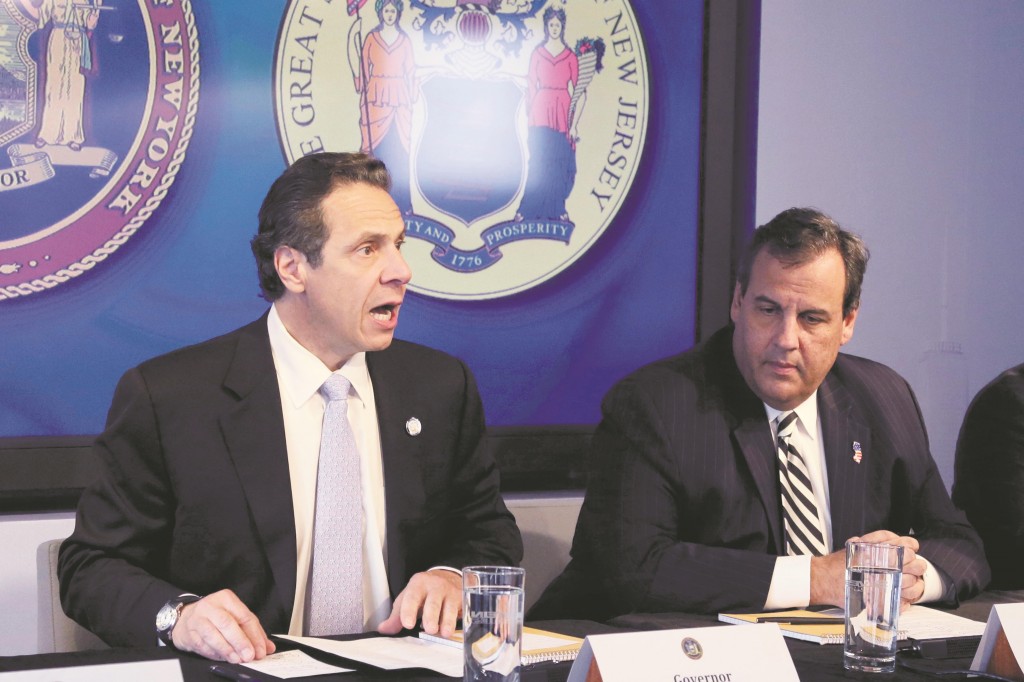 Alarmed by the case of an Ebola-infected New York doctor, the governors of New Jersey and New York ordered a mandatory, 21-day quarantine of all medical workers and other arriving airline passengers who have had contact with victims of the deadly disease in West Africa.

The first person to fall under the order was a health-care worker returning Friday from treating Ebola patients in West Africa. By Friday evening, she had developed a fever and was being evaluated, New Jersey officials said.

The move came after a physician who returned to New York City a week ago from treating Ebola patients in Guinea fell ill with the virus. Many New Yorkers were dismayed to learn that in the days after he came home, Dr. Craig Spencer rode the subway, took a cab, went bowling, visited a coffee shop and ate at a restaurant in the city of 8 million.

New Jersey Gov. Chris Christie and New York Gov. Andrew Cuomo said the case led them to conclude that the two states need precautions more rigorous than those of the U.S. Centers for Disease Control and Prevention, which recommends monitoring of exposed people for 21 days but doesn’t require quarantine, in which they are kept away from others.

“It’s too serious a situation to leave it to the honor system of compliance,” Cuomo said.

Those who are forcibly quarantined will be confined either to their homes or, if they live in other states, to some other place, most likely a medical facility, the governors said. Those quarantined at home will receive house calls from health officials. Twenty-one days is the incubation period for the Ebola virus.

The woman who was quarantined arrived at Newark Liberty International Airport. The New Jersey Department of Health said she had no symptoms upon arrival. She was in isolation at University Hospital in Newark.

The two states are home to Kennedy Airport and Newark Liberty in New Jersey, both major international portals.

A spokesman for New York City Mayor Bill de Blasio said the city’s Department of Health was not consulted before the quarantine order came down, but said de Blasio and Cuomo have since spoken.

The de Blasio administration expressed some concern with the policy change.

“The mayor wants to work closely with our state partners, but he wants to make sure that there will not be any sort of chilling effect on medical workers who might want to go over to help,” said spokesman Phil Walzak.