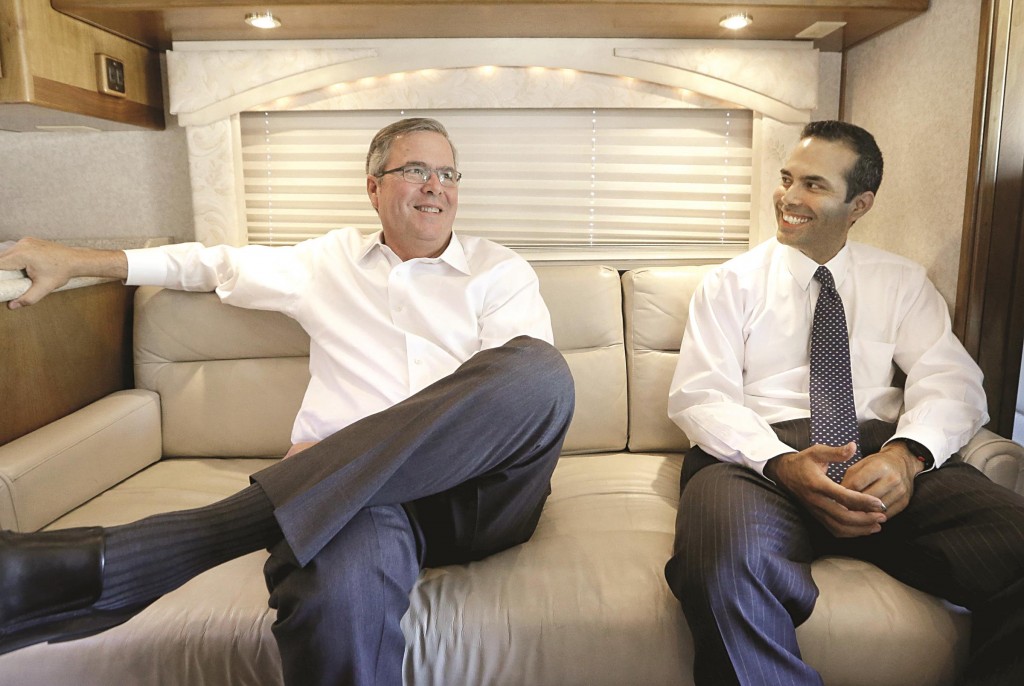 Former Florida Gov. Jeb Bush is “moving forward” on a potential 2016 White House run and it appears more likely he will enter the Republican field, according to his son, who’s running for office in Texas.

George P. Bush told ABC news that his father is “still assessing” a presidential bid, but suggested it was more likely that he would seek the White House this time. The ex-governor declined to run for president in 2012 despite urging from Republicans.

“I think it’s more than likely that he’s giving this a serious thought and moving — and moving forward,” said the younger Bush, who is running for Texas land commissioner.

Bush has headlined fundraisers for Republican candidates and committees and helped campaigns for governor in Iowa, South Carolina and Nevada, three of the first four states to hold early presidential primaries.

In an interview with The Associated Press this month, Jeb Bush said his wife, Columba, is “supportive” of a potential presidential campaign and his mother, former first lady Barbara Bush, was now “neutral, trending in a different direction.” Barbara Bush declared last year there had been “enough Bushes” in the White House.