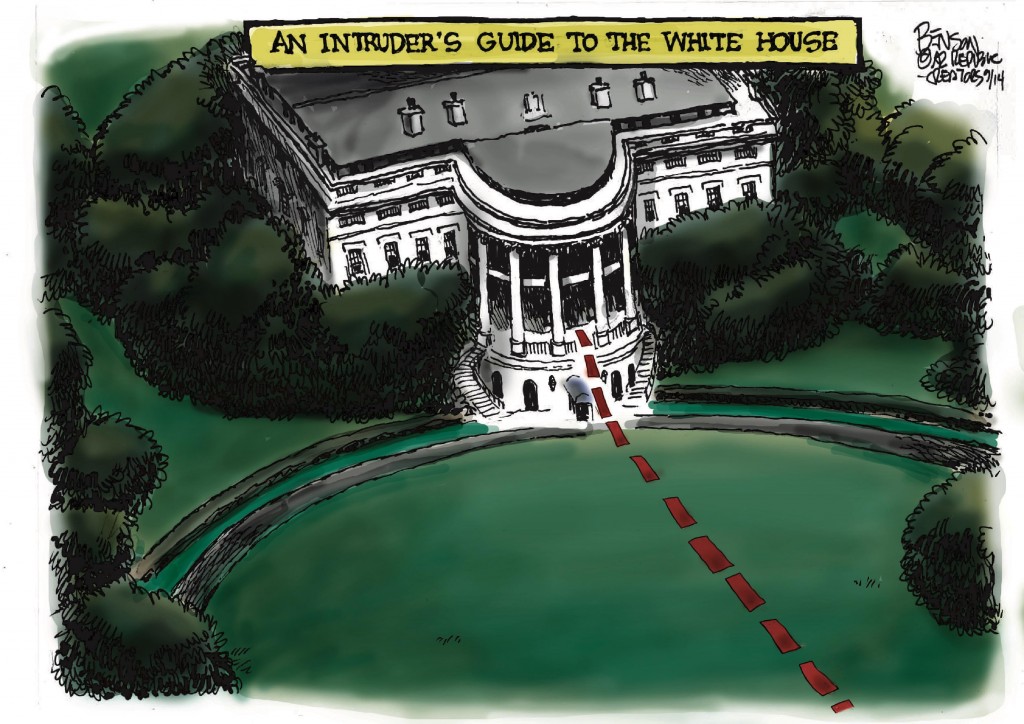 The intruder who climbed a fence made it farther inside the White House than the Secret Service has publicly acknowledged, the Washington Post and New York Times newspapers reported Monday. The disclosures came on the eve of a congressional oversight hearing with the director of the embattled agency assigned to protect the president’s life.

Citing unnamed sources — three people familiar with the incident and a congressional aide — the newspapers said Omar J. Gonzalez ran past the guard at the front door and into the East Room, which is about halfway across the first floor of the building. Gonzalez was eventually “tackled” by a counter-assault agent, according to the Post, which was first to report the news.

In the hours after the fence-jumper incident, Secret Service spokesman Ed Donovan told The Associated Press that the suspect had been apprehended just inside the North Portico doors of the White House.

The Secret Service also said that night that the suspect had been unarmed — an assertion that was revealed to be false the next day when officials acknowledged Gonzalez had a knife with him when he was apprehended.

Getting so far would have required Gonzalez to dash through the main entrance hall, turn a corner, then run through the center hallway half-way across the first floor of the building, which spans 168 feet in total, according to the White House Historical Association.

Secret Service Director Julia Pierson was scheduled to testify before a House committee on Tuesday for the first time since the Sept. 19 incident. The new details about a far more significant breach were expected to dominate the lawmakers’ inquiries.

A Secret Service spokesman declined to comment on the latest details because of the ongoing investigation.