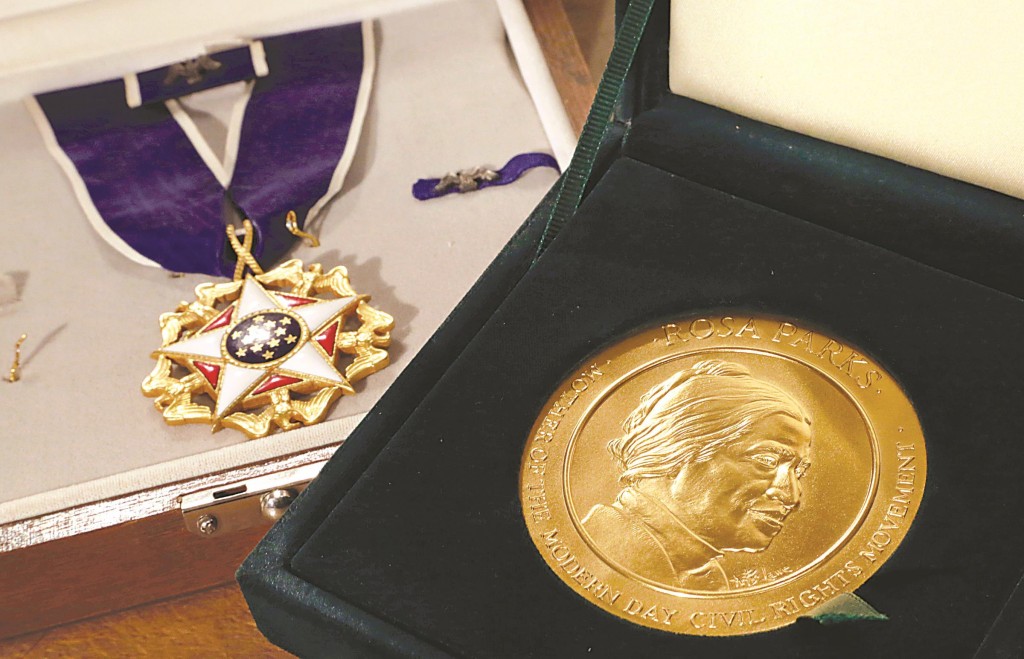 Hundreds of items from civil rights icon Rosa Parks that were long kept hidden away in a New York warehouse will have a new home at the Library of Congress for the next 10 years.

The collection includes about 1,500 items, including Parks’ personal correspondence and photographs, clothing, furniture, letters from presidents and her Presidential Medal of Freedom and Congressional Gold Medal.

“My goal was always to ensure this historic collection would be made available for the public’s benefit so that as many people as possible can learn about Rosa Parks and the sacrifices she made to support the civil rights movement,” Buffett said in a statement Tuesday.

Parks became a pivotal symbol of the civil rights movement when she refused to give up her seat to a white man on a bus in Montgomery, Ala. A yearlong bus boycott followed that helped raise the profile of the Rev. Martin Luther King Jr. Parks died in 2005 at age 92.

“Rosa Parks is an iconic figure in the American civil rights movement, the very definition of the quiet power of an individual to inspire action in others,” said Librarian of Congress James Billington.