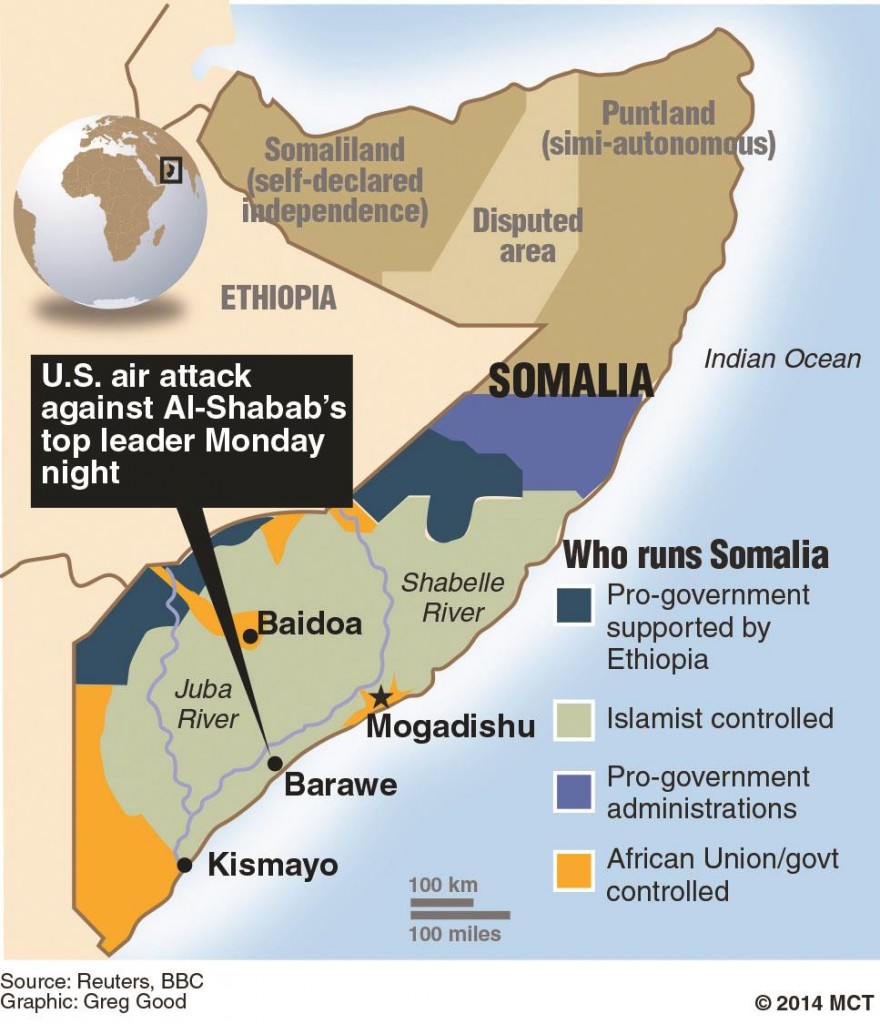 U.S. officials said Tuesday they carried out airstrikes against the top leader of the al-Qaida-affiliated al-Shabab terror group in Somalia, but would not comment on whether the operation had killed Ahmed Abdi Godane, the group’s leader.

“We are assessing the results right now,” Pentagon spokesman Rear Adm. John F. Kirby said Tuesday. “We believe we hit what we were aiming at. … If we killed him, it is a significant blow to their operation and their abilities.”

The AP quoted an al-Shabab commander as saying Godane was in the convoy of vehicles struck in the attack.

The Somali government is represented by its U.N. mission in New York. No one at the mission would comment on the reports.

Godane is on the U.S. list of most-wanted terrorists, with a $7 million bounty on his head. He is rarely photographed, caught on video or seen in public.

Godane has been seen as aligning al-Shabab more closely with al-Qaida and embracing a more global anti-Western agenda, rather than focusing on the battle for control of Somalia that preoccupied some of his rivals in the group.

Godane’s forces have killed some of those rivals; others have defected to the U.S.-supported government.

Al-Shabab controls a large swath of rural Somalia, but has been trying to regain power since being driven out of the capital, Mogadishu, and the port city of Kismayo by troops sent in to restore stability.

The U.S. action reflects the seriousness with which U.S. officials view the threat posed by the group.

In recent months, al-Shabab has claimed responsibility for several attacks along Kenya’s tourist coast that have killed dozens of people. It was responsible for last year’s attack on an upscale mall in Nairobi that left almost 70 people dead.

In October, Navy SEALs raided the house of an al-Shabab leader, Abdulkadir Mohamed Abdulkadir in Baraawe, south of Mogadishu. The raid wasn’t successful but it underscored American willingness to send troops into a hostile environment to go after al-Shabab’s top leadership.