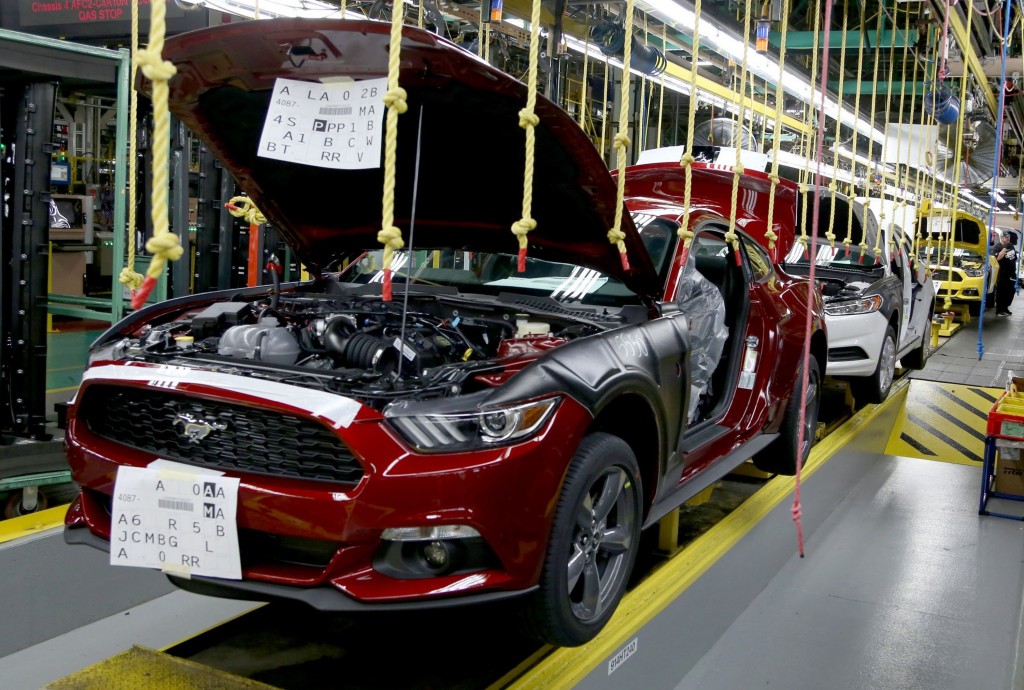 Ford began production of the all-new 2015 Mustang Thursday, and if it sells well, the Flat Rock, Mich., assembly plant could add a third shift.

But first, there are some hurdles to overcome.

The sixth-generation of the pony car, which will be sold globally for the first time, must meet or exceed Ford’s sales projections.

Joe Hinrichs, Ford’s president of the Americas, said the automaker would be better able to gauge its success in the second half of 2015, after the early adopters have bought their new car. Sales in overseas markets won’t start until next year.

The timing also lines up with negotiations for a new national labor agreement between Ford and the United Auto Workers. The current contract expires in September 2015.

Traditionally, automakers like to dangle the prospect of more jobs during negotiations in return for lower labor costs and improved productivity.

Settles is pushing for new products and a third crew at the plant, which he said “is probably the only assembly plant that Ford has that still has opportunity for capacity, so we look to do what we did with all the other plants and fill them up wall to wall.”

There is an expectation the plant will make the next-generation Ford Taurus and Lincoln MKS full-size sedans around 2016, freeing up the Chicago assembly plant to make more Explorers.

About two years ago, the Flat Rock facility was operating a single shift and was in danger of being closed. It was saved with the decision to add the Ford Fusion to augment the three shifts of production at a plant in Hermosillo, Mexico, that could not keep up with demand.

Settles wants to lock in additional product promises and jobs now, but Ford is not ready to make a commitment.

“We ask for a lot, the company wants to give us a little. Somehow, we come to agreements,” Settles said following a ceremony during which he and Hinrichs drove the first 2015 Mustang off the assembly line.

The red GT coupe has been sold to Texas dealer Sam Pack for $300,000. He is donating the money to the Juvenile Diabetes Research Foundation.

The first convertible will be added in a few months.

The 2015 Mustang will be exported to 120 countries, including such right-hand-drive countries as the United Kingdom, Australia and South Africa.

Hinrichs said North America remains the biggest market and will likely account for more than 60 percent of sales. The car goes on sale here this fall.

Ford has sold almost 50,800 Mustangs so far this year, trailing its rival Chevrolet Camaro, which has sold more than 56,600. The Mustang was the sales leader for years until this decade, when the Camaro took the top spot.

Hinrichs expects an even split between the V6s and V8s. The latter are more popular here while the V6 EcoBoost will do well in Europe, where fuel economy is a higher priority and most countries have higher taxes on larger displacement engines. Ford has been making Mustangs at the Michigan plant, originally a joint venture with Mazda, for 10 years.

In April, Ford celebrated the 50th anniversary of the original Mustang. In commemoration of this, each 2015 model has a badge on the instrument panel with the galloping pony logo and the words “Mustang – Since 1964.”

Ford has sold more than 9.2 million Mustangs over the last 50 years.