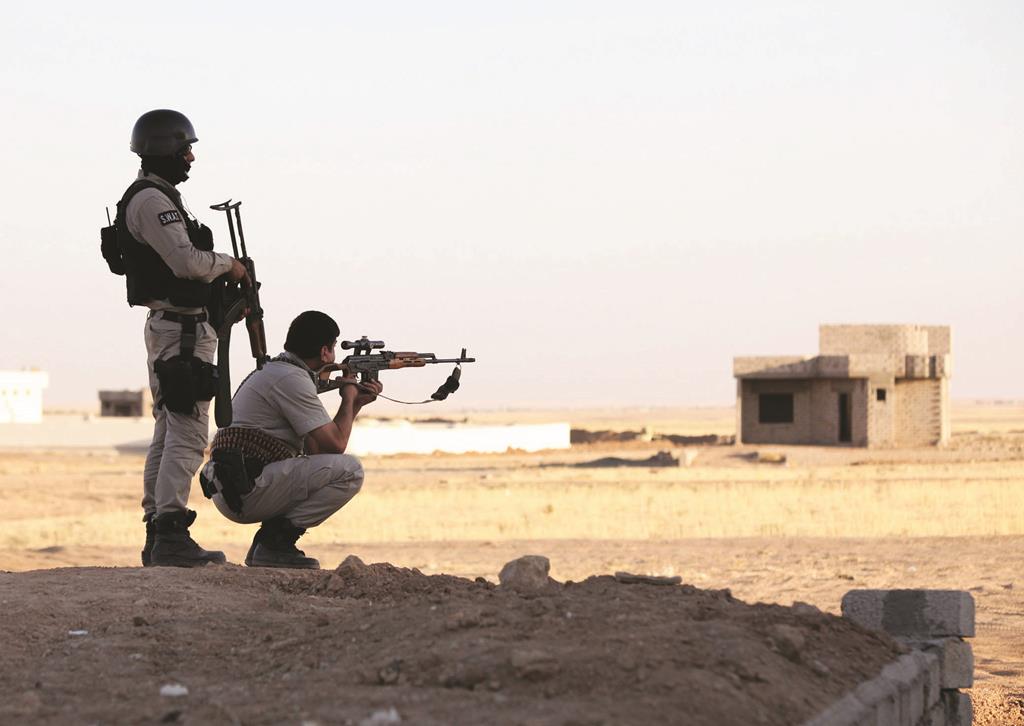 The Islamic State of Iraq and Syria (ISIS) has received increasingly prominent coverage in world news since its declaration as a caliphate, or centralized Islamic state. Media attention has further increased over the past week in light of its bloody campaign against the Kurdish Yazidis. How did this group arise? Who are their leaders? Who are their soldiers? And what are their goals?

According to the National Counter-Terrorism Center, ISIS began with the 2004 declaration of the Islamic State of Iraq, also called Al-Qaida in Iraq, by Sunni extremist Abu Musab al-Zarqawi. At the time, he pledged allegiance to Osama bin Laden. The group’s main targets were U.S. forces in Iraq and those seen as supporting their presence.

Abu Bakr al-Baghdadi, ISIS’s present leader, took power in 2010, following the deaths of al-Zarqawi, who was killed in a U.S. air strike in 2006, and two other leaders who met the same fate. He quickly expanded its operations to Syria’s tumultuous civil war.

“The Islamic State prioritizes establishing political authority in the Middle East,” wrote Brian Fishman of the New America Foundation in Containing the ISIS Threat. Despite having strong links to al-Qaida, ISIS’s immediate goal is the consolidation of power and establishment of its Islamic-based theocracy over Syria and Iraq. This was the main impetus of its break with al-Qaida, whose main objective was direct attacks on the West.

“That does not mean, however, that the Islamic State poses no threat to Western Europe and the U.S. homeland,” warned Fishman. “The group is so large and multifaceted that it would be surprising if some sub-groups influenced by al-Qaida propaganda did not intend such strikes.”

A second unique aspect is its declaration, in late June, that it is a caliphate, an institution that has not existed in the Arab world for over 90 years. Abu Bakr al-Baghdadi was proclaimed caliph and thereby “supreme authority for all Muslims.” Fishman wrote that this claim “has been rejected by many senior jihadi ideologues.”

Fishman added that a key focus of ISIS in territory under its control is to “cleanse” the areas of “takfir,” loosely translated as an apostate or non-believer.

“The Islamic State uses a much looser understanding of takfirthan al-Qaida, which means that it is more willing to kill Muslims.”

To ISIS, non-believers and infidels include Iraqi and Syrian Christians, Kurdish sects such as the Yazidi, and adherents of the minority Muslim Shia sect, which comprises approximately 10–20 percent of the world’s Muslims.

Tensions between Sunni and Shia Muslims play a key role in ISIS’s theology and rise to power. An accurate understanding of the distinction between the two groups is beyond the scope of this article. However, according to the CIA World Factbook, the split has its roots in a dispute over the identity and nature of the legitimate heir to Mohammed, Islam’s founder. Over the centuries this has produced significant differences in theology and practice as well as sharp social and cultural divides.

The Sunni versus Shia struggle has played a key factor in ISIS’s success in recruiting soldiers. “Bashar al-Assad and Nuri Kamal al-Maliki’s attempts to shoot and cajole their Sunni populations into submission have attracted jihadists from all over the world to Syria and Iraq,” wrote Andrew Tabler of The Washington Institute.

Syria’s Assad-led regime is led by Alawites and the U.S.-backed al-Maliki government in Iraq is controlled by Shias, who are minorities in both countries. This has served as a rallying point, attracting disenfranchised Sunni jihadists to ISIS’s forces.

In a recent media interview, Charles Lister of the Brookings Institute said that it is impossible to determine just how centralized ISIS’s forces are.

“I’m not convinced necessarily that Baghdadi is making decisions on a military level,” said Lister. “Certainly one of the things he did when he first succeeded to power as the leader of the Islamic State in 2010, was to appoint a small number of men with relatively extensive military experience within the Iraqi military and intelligence service. It’s been these individuals, I think, who have actually led the military campaign of the Islamic State.”