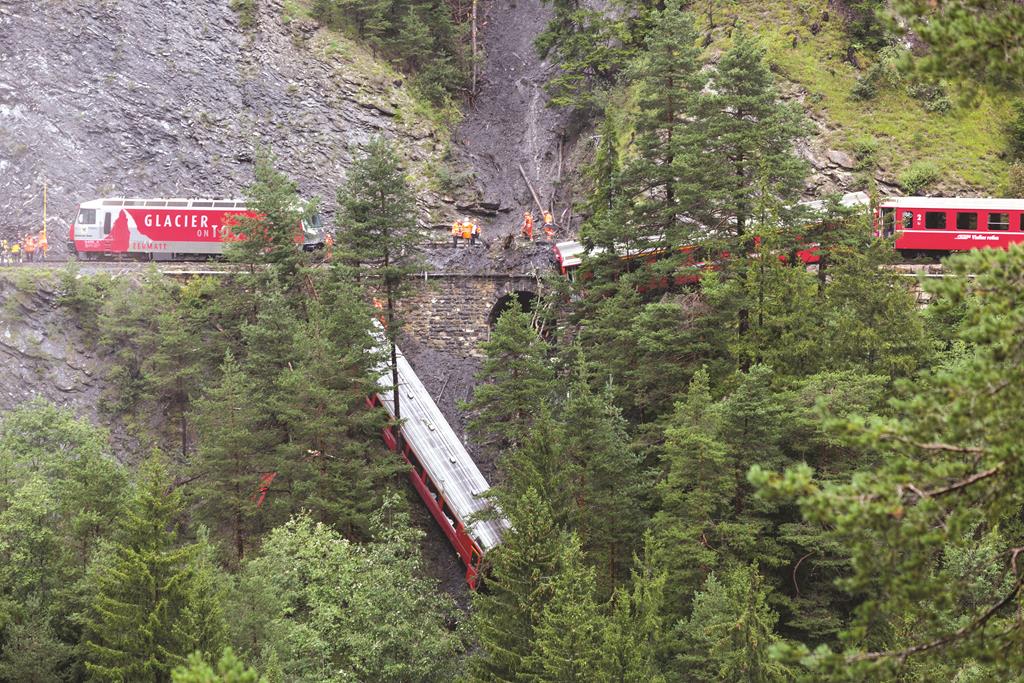 Three train cars derailed and 11 people were injured Wednesday after a landslide hit a mountain train in the Swiss Alps, police said. One carriage slid down a steep slope, saved from a ravine only by large trees.

The accident occurred in a deep wooded valley between Tiefencastel and Solis, southeast of Zurich in the canton (state) of Graubuenden. Police said about 140 people were on board at the time of the accident, about lunchtime. The landslide followed heavy rains over the last day.

The train had set off from the ski resort of St. Moritz heading north toward Chur, Graubuenden’s administrative capital.

Air rescue helicopters helped with the recovery effort since the crash site was not near a road. By mid-afternoon, everyone had been evacuated, with uninjured passengers taken to Tiefencastel and put on buses.

Switzerland’s rail system is considered among the safest and most efficient in the world, despite the country’s challenging terrain.