Politics Off to Italy, De Blasio’s on Longest Vacation in Mayoral History
Politics 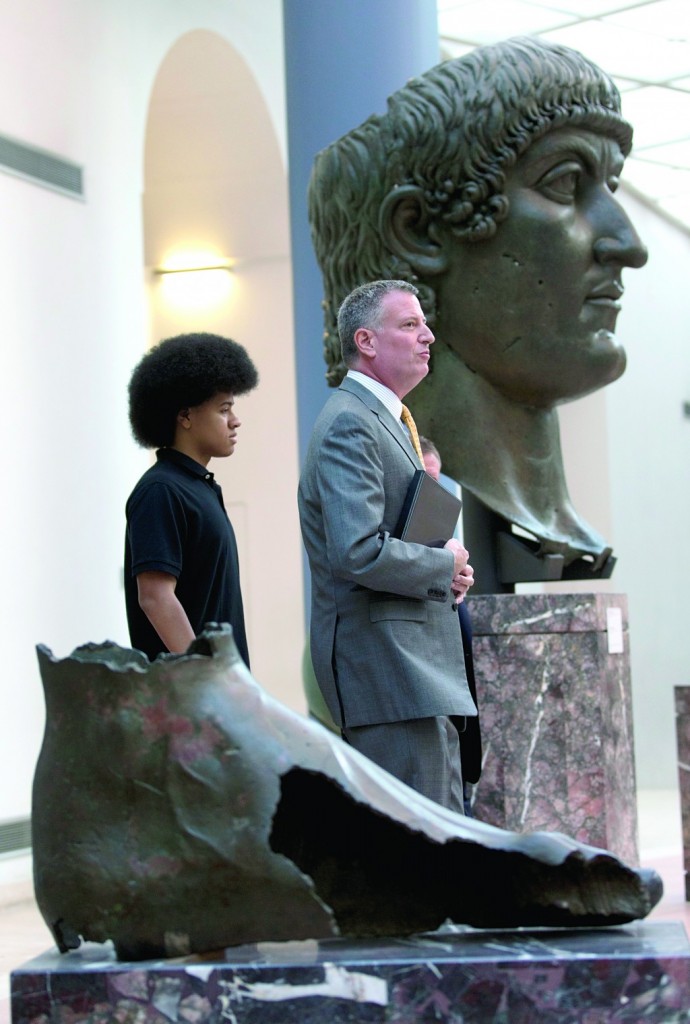 New York City’s mayor Bill de Blasio has taken in the famous view from the Rome mayor’s balcony overlooking the Roman Forum on the first day of his Italian family vacation.

De Blasio told reporters after meeting Mayor Ignazio Marino on Sunday that he “found a new brother,” and recalled the ties between Rome and New York.

De Blasio’s much-discussed family holiday was delayed by a day so the mayor could wrap up some city business. He is planning to visit Venice, Naples and the villages where his grandparents grew up during the stay.

A tentative labor deal Thursday at the nation’s biggest commuter railroad was a political relief for de Blasio, who had rankled commuters and got roasted by the city’s tabloids.

“He can take his vacation to Italy,” said Gov. Andrew Cuomo, who helped broker the LIRR agreement. “I hope he enjoys it. I’m a tad envious.”

As for de Blasio, he said he’s not certain whether he’ll plan another vacation this year.