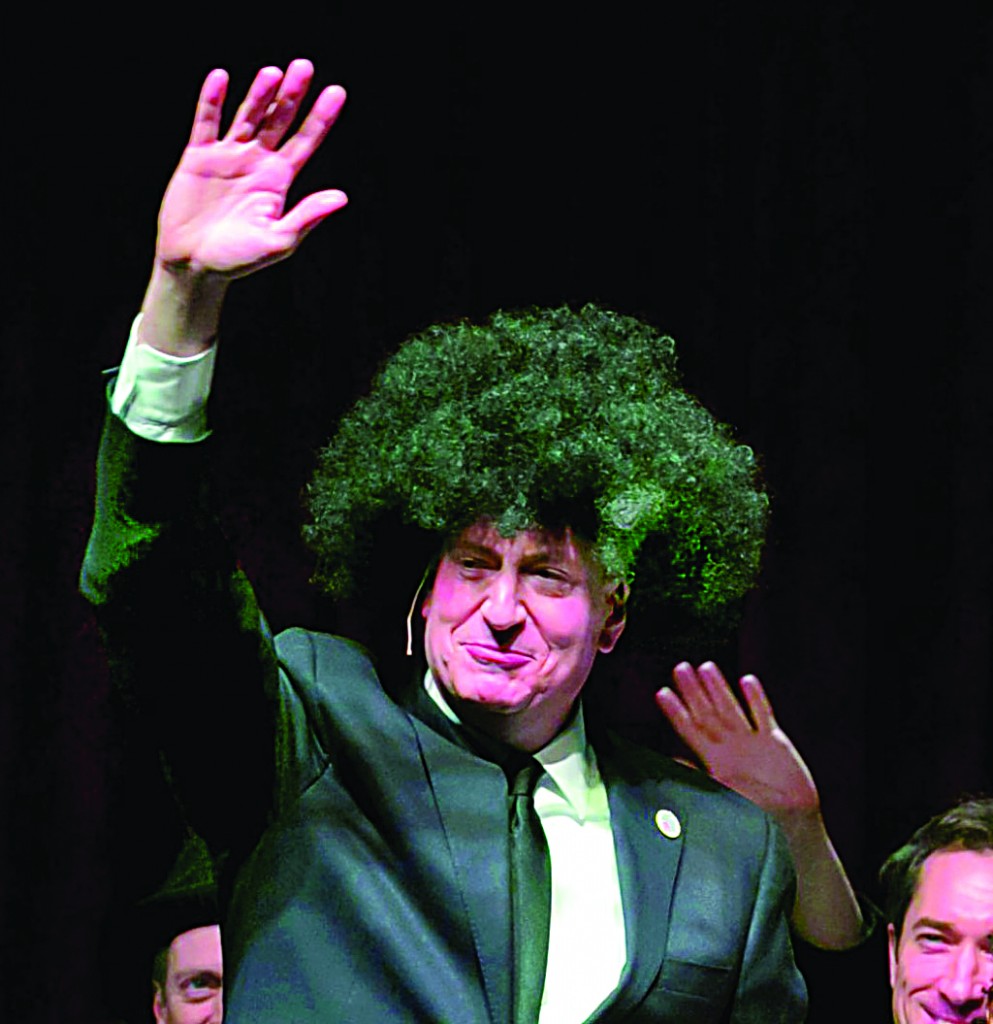 He wore an “I Love LA” shirt and warbled that song on national media to pay off a bet. He even donned a pirate outfit — puffy shirt and all — to join his equally outlandishly costumed family for a hipster parade in Brooklyn.

New York Mayor Bill de Blasio is not afraid to be bold — and, at times, downright goofy — in his appearance and manner, creating an approachable persona that is a stark contrast to his predecessor, buttoned-up billionaire Michael Bloomberg. It’s an everyman image that experts say meshes with de Blasio’s populist politics, a liberal call to reach out to poor and working-class New Yorkers who felt left behind by the city’s growing income inequality.

“He’s just a guy from Brooklyn who happened to be elected mayor who likes hanging out with his wife and talking about his kids,” said Hank Sheinkopf, a Democratic political consultant. “People can relate to that, and, for some, it’ll be easier when he has to bear bad news.”

Although anyone with the ambition to lead the nation’s largest city clearly possesses some ego, de Blasio has repeatedly shown that he doesn’t take himself too seriously. He misses few opportunities at “dad humor,” such as when the 6-foot-5 mayor pokes fun at the shortness of his aides.

After successfully navigating his first city budget negotiations and Albany legislative session, de Blasio has embraced the lighter side of his job. His seemingly genuine enthusiasm for his family and his job seems to play well with those New Yorkers who cheer him at parades and rallies — even if they sometimes groan at his jokes.

“It’s about connection, it’s about letting people feel like they can relate to him,” said Patsy Cisneros, a Los Angeles-based executive image consultant. “And when he makes a big decision that impacts a lot of people, people can feel ‘He gets me, he’s one of us’ and make them more inclined to support what he decides.”

Cisneros warned, though, that if taken too far, the mayor risks losing the respect for the office and gravitas necessary to run the nation’s largest city.

His style is a marked departure from recent mayors. Few have made their families so visible, and even fewer would be willing to look so silly, except during the annual Inner Circle charity dinner. The zaniest Bloomberg’s wardrobe ever got was the pastel sweater he’d wear to a parade.

“It’s a different look for a mayor,” Sheinkopf said. “But it seems to be working for him.”