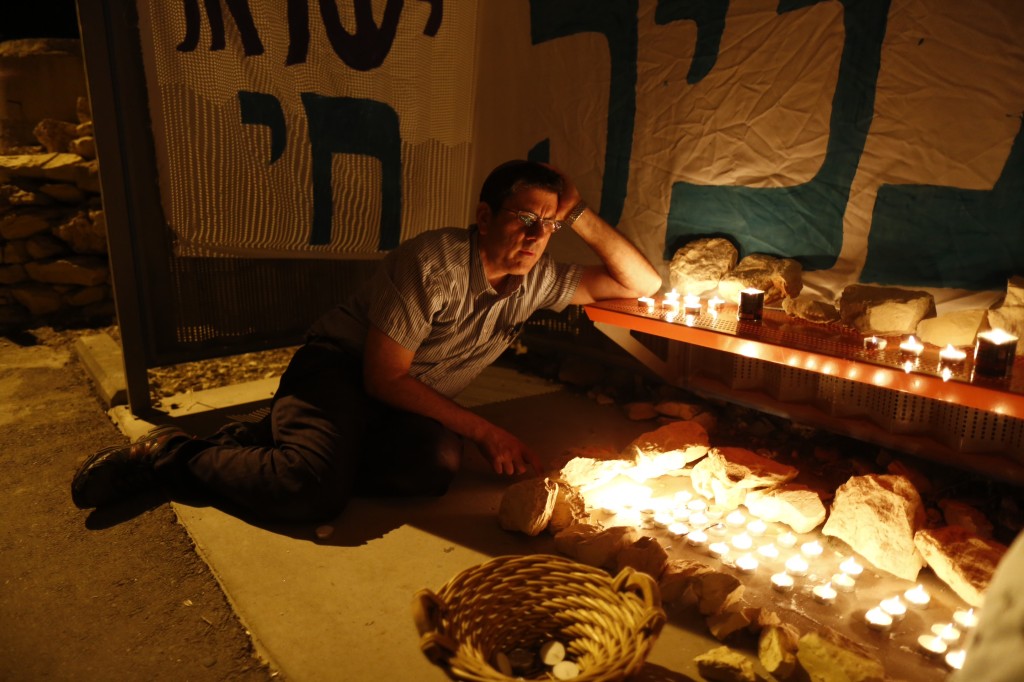 The saga of the three kidnapped bachurim has come to a tragic end.

The worst fears were realized Monday afternoon: 18 days after Eyal Yifrach, Gilad Shaar and Naftali Frankel were abducted, their bodies were found in a field near Kfar Kchil, in the Chevron region, near the towns of Carmei Tzur and Halhoul. The bodies were transferred to the police department’s forensics unit, where experts are examining whether they were murdered and their bodies thrown into the field the same night that they were kidnapped.

Senior army officials visited the homes of the three families and delivered the terrible news that their children’s bodies had been discovered. The IDF worked from the first moment with the assumption that as long as the boys had not been found, they were alive, but was well aware that this was a problematic statement. They were cautious not to explicitly express the pessimistic feelings that many senior army officials harbored. They found it hard to be believe that the kidnappers would hold the boys alive.

The bodies were located after an extensive intelligence and military operation by the entire defense establishment and led by Israel’s General Security Services (GSS). Less than 24 hours after the abduction, the GSS discovered that two Hamas terrorists from Chevron, Marwan Kawasme and Amar Abu Eisheh, were the ones behind the abduction. Later, following intelligence information, the GSS guided the searchers to focus on the area west of Halhoul (north of Chevron).

Since then, special forces of the IDF, GSS and Israel Police searched constantly and intensively in that area. Monday afternoon, an elite army unit working with other soldiers and civilian volunteers from Gush Etzion, headed by Yaron Rosenthal, found the three bodies buried in the ground in an open area some three kilometers west of Halhoul. Rosenthal is the director of the Kfar Eztion field school, whose members are extremely familiar with the region.

An Israel Police forensics identification unit arrived immediately at the scene and began making the necessary examinations, first to identify the bodies and then to answer the question of when exactly they were murdered.

Throughout the evening after the discovery, large forces were deployed to the area, and they continued searching for clues and gathering intelligence information to help them apprehend all those who were involved. They are working tirelessly to locate the two prime suspects in the kidnapping, Kawasme and Eisheh.

The massive manhunt for the perpetrators continued last night, amid clashes with terrorists who threw stones and Molotov cocktails at Israeli forces.

Hamodia’s military correspondent notes that the dramatic turn in the investigation took place Monday morning, after numerous relatives of the kidnappers, including wives and parents, were arrested. During the day, the search focused on the Kfar Kchil area, near Carmei Tzur and Halhoul, and ultimately the bodies were found in a cave there, as the GSS had estimated already the very first week.

Some 500 Palestinians have been arrested in Yehudah and Shomron since the onset of Operation Shuvu Achim. Most of them are affiliated with Hamas, and they include senior officials in Palestinian organizations and representatives in the Palestinian parliament. In addition, 58 of the 106 terrorists released in the Shalit deal who were allowed to go to Yehudah and Shomron were also arrested.

The security cabinet met Monday night to discuss the Israeli reaction to the developments. Various proposals were presented to the cabinet and the discussions continued into the night.

Prime Minister Netanyahu said at the beginning of the meeting:

“With heavy grief, this evening we found three bodies. All signs indicate that they are the bodies of our three abducted youths — Eyal Yifrach, Gilad Shaar and Naftali Frankel.

“They were abducted and murdered in cold blood by human animals. On behalf of the entire Jewish People, I would like to tell the dear families — the mothers, fathers, grandmothers and grandfathers, and brothers and sisters — we are deeply saddened, the entire nation weeps with you. We will give the boys a proper burial. ‘Vengeance for the blood of a small child [has not yet been created].’ Neither has vengeance for the blood of three pure youths, who were on their way home to meet their parents, who will not see them anymore. Hamas is responsible — and Hamas will pay. May the memories of the three boys be blessed.”

President Shimon Peres said Monday night that “Along with our deep sense of loss we remain committed to bringing the terrorists to justice. Our resolve in the fight against terror will only strengthen, and we will ensure that murderous terrorism of this sort will not dare to rear its head again.”