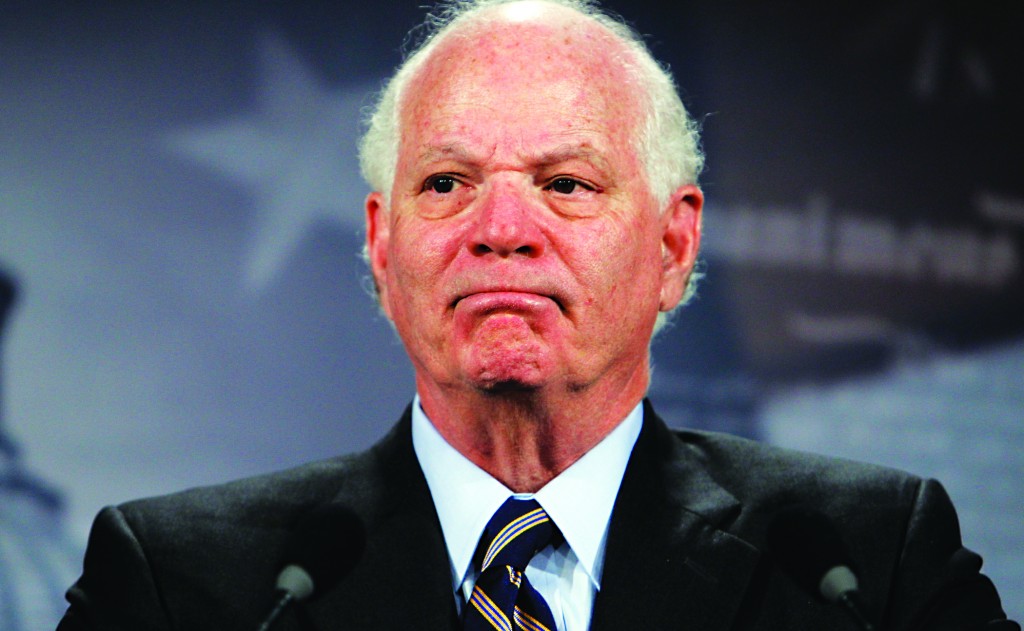 The question of who bears responsibility for terrorist attacks on Israel from the Gaza Strip under the Palestinian unity government came to the fore with Wednesday’s rocket fire and has exposed another gap in U.S.-Israeli policymaking.

The United States condemned the Gaza attack, but said that it doesn’t at this time hold the Palestinian Authority accountable for it, in contrast to Israel’s insistence that the PA can no longer evade responsibility.

“We expect the Palestinian Authority will do everything in its power to prevent attacks from
Gaza into Israel. But we acknowledge the reality that Hamas currently controls Gaza,” State Department spokeswoman Jen Psaki told reporters in Washington on Thursday.

Late on Wednesday night, Prime Minister Binyamin Netanyahu issued a statement sying, “I would like to remind the international community that Mahmoud Abbas — on the day he formed a government with the Hamas terrorist organization — promised to honor all previous agreements.

“This means that he is responsible for disarming Hamas and the other terrorist organizations of the arsenals in Gaza,” Netanyahu said.

Abbas’s office condemned the attack and called on factions in Gaza to hold their fire, in a statement published in the Palestinian media. But Abbas’s name was not on the statement.

“President Abbas claims that the new Palestinian government honors all previous commitments. So why has he not disarmed the terrorist organizations in Gaza as he is obligated to do? Without such action his ‘condemnation’ of today’s rocket attack on Israel is nothing but empty rhetoric,” Netanyahu spokesman Mark Regev said.

The Kassam rocket narrowly missed hitting a major throughfare, Highway 232, landing in a nearby open field. There was no immediate claim of responsibility.

It marked the first such attack from Gaza since the new Fatah-Hamas government was sworn into office last week.

The IDF said it launched a retaliatory air strike on Gaza Wednesday night against terrorists planning attacks on Israel. One was killed and two others were wounded,  according to Palestinian sources.

Psaki took a pounding from reporters at the State Department briefing. At one point, a reporter asked her, “How many more rocket attacks do their have to be” before the U.S. concludes that its decision to work with the new government and continue financing it was a mistake.

Psaki replied that Washington feels that the new Palestinian government still meets the conditions necessary for a working relationship with Washington because it was composed of technocrats, and that none of them were Hamas members.

Associated Press diplomatic writer Matt Lee asked: “If you recognize that [Abbas’s] ability is extremely limited to prevent this kind of thing … how is it that you made the leap to go ahead and say, ‘All right, this is a government that we can do business with?’… If you think that this guy doesn’t have control over everyone who is either a member of or is backing his unity government, why would you do business with it?”

Reuters journalist Arshad Mohammed followed up by asking why Washington did not  use its leverage — “to stop dealing with the unity government or to stop funding it” — to put a stop to the rocket attacks.

Meanwhile, the U.S. Senate sent a message of “grave concern” to President Obama on Thursday regarding the Fatah-Hamas entity, The Jerusalem Post reported.

Eighty eight senators from across party lines signed the letter sent to the White House, written by Senators Ben Cardin (D-MD) and Susan Collins (R-ME), which warns the new PA unity effort might “jeopardize direct negotiations with Israel to achieve a two-state solution.”

“The recent formation of a Palestinian Authority unity government supported by Hamas, a designated Foreign Terrorist Organization that has never publicly accepted the Quartet principles, represents a serious setback to efforts to achieve peace,” the senators wrote.

Citing the law which calls for cutting off assistance to the PA should Hamas share power or exert “undue influence” over its government, the Senate warned the president that the chamber would reconsider future aid.

The American Israel Public Affairs Committee, which helped circulate the letter in the Senate, “commended” the bipartisan group and have has called for a debate on Capitol Hill on the continuation of aid to the PA.

Also on Thursday, with unfortuitous timing, French President Francois Hollande congratulated Abbas on the formation of his new unity government and its commitment to work for peace with Israel, in a telephone conversation, AFP reported.