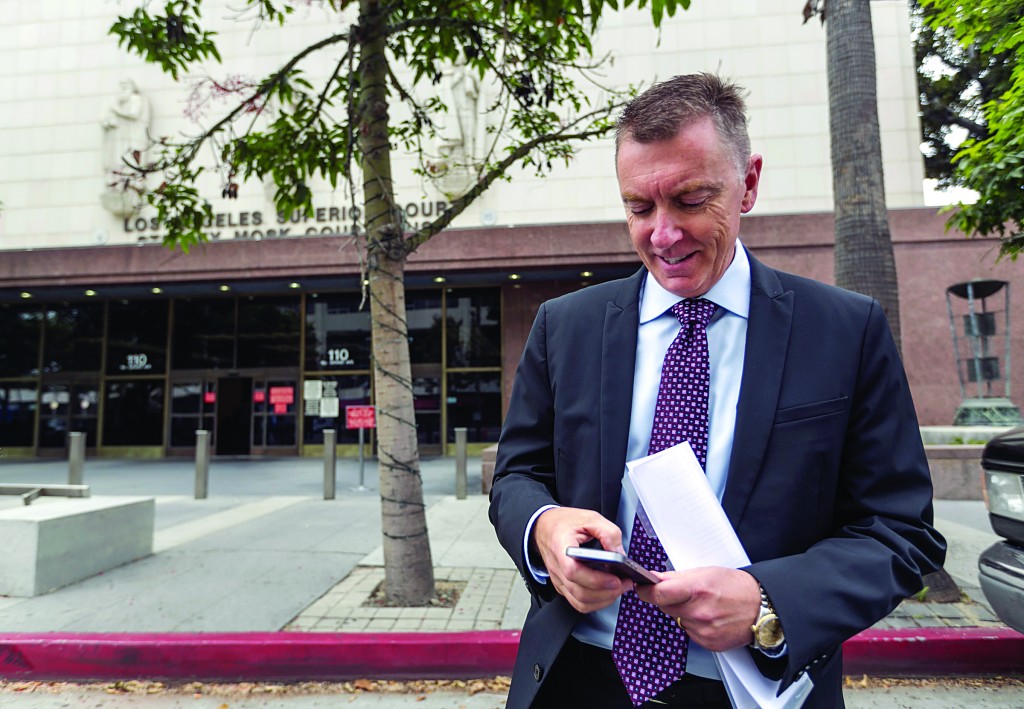 A judge struck down tenure and other job protections for California’s public school teachers as unconstitutional Tuesday, saying such laws harm students — especially poor and minority ones — by saddling them with bad teachers who are almost impossible to fire.

In a landmark decision Los Angeles County Superior Court Judge Rolf Treu cited the historic case of Brown v. Board of Education in ruling that students have a fundamental right to equal education.

Siding with the nine students who brought the lawsuit, he ruled that California’s laws on hiring and firing in schools have resulted in “a significant number of grossly ineffective teachers currently active in California classrooms.”

He agreed, too, that a disproportionate number of these teachers are in schools that have mostly minority and low-income students.

The California Attorney General’s office said it is considering its legal options, while the California Teachers Association, the state’s biggest teachers union with 325,000 members, vowed an appeal.

“Circumventing the legislative process to strip teachers of their professional rights hurts our students and our schools,” the union said.

“It’s powerful,” said Theodore Boutrous Jr., the students’ attorney. “It’s a landmark decision that can change the face of education in California and nationally.”

He added: “This is going to be a huge template for what’s wrong with education.”

In striking down several laws regarding tenure, seniority and other protections, the judge said the evidence at the trial showed the harm inflicted on students by incompetent teachers.

“The evidence is compelling,” he said. “Indeed, it shocks the conscience.”

The judge cited an expert’s finding that a single year with a grossly ineffective teacher costs a classroom full of students $1.4 million in lifetime earnings.

The lawsuit contended that incompetent teachers are so heavily protected by tenure laws that they are almost impossible to fire. The plaintiffs also charged that schools in poor neighborhoods are used as dumping grounds for the bad teachers.

Los Angeles School Superintendent John Deasy testified that it can take over two years on average — and sometimes as long as 10 — to fire an incompetent tenured teacher. The cost of doing so, he said, can run from $250,000 to $450,000.

In his ruling, the judge, a Republican appointee to the bench, said the procedure under the law for firing teachers is “so complex, … and expensive as to make an effective, efficient yet fair dismissal of a grossly ineffective teacher illusory.”

The judge also took issue with laws that say the last-hired teacher must be the first fired … even if the new teacher is gifted and the veteran is inept.

The judge declined to tell the Legislature exactly how to change the system, but expressed confidence it will do so in a way that passes constitutional muster and provides “each child in this state with a basically equal opportunity to achieve a quality education.”

The trial represented the latest battle in a nationwide movement to abolish or toughen the standards for granting teachers permanent employment protection and seniority-based preferences during layoffs.

Dozens of states have moved in recent years  to remove such protections or raise the standards for obtaining them.