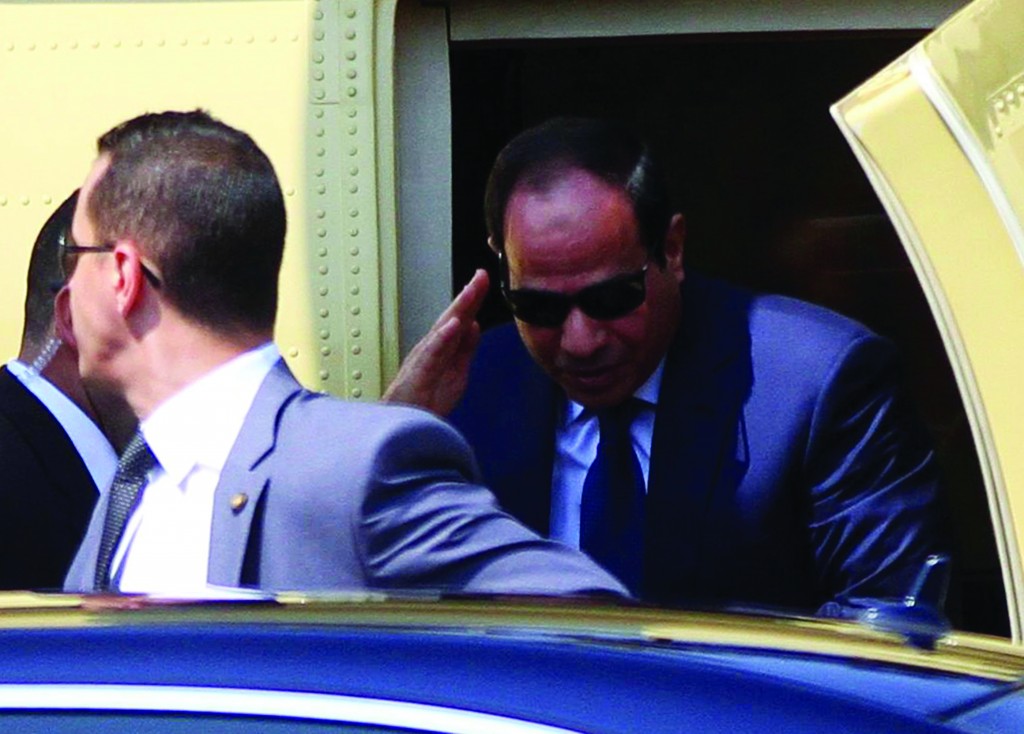 The prime minister and president of Israel both spoke with Abdel Fattah el-Sisi on Friday to congratulate him on his victory in Egyptian presidential elections and to stress the importance of bilateral ties.

“Prime Minister Netanyahu noted to the Egyptian president-elect the strategic importance of ties between the two countries and in sustaining the peace accords between them,” the Israeli leader’s office said in a statement.

Peres’s office said that at the end of their conversation: “President Sisi thanked President Peres for his warm words.”

It was not immediately clear if any Israelis would be invited to Sisi’s inauguration. The new Israeli ambassador has not yet presented his diplomatic credentials in Cairo, meaning that he has not been handed an invitation, officials said.