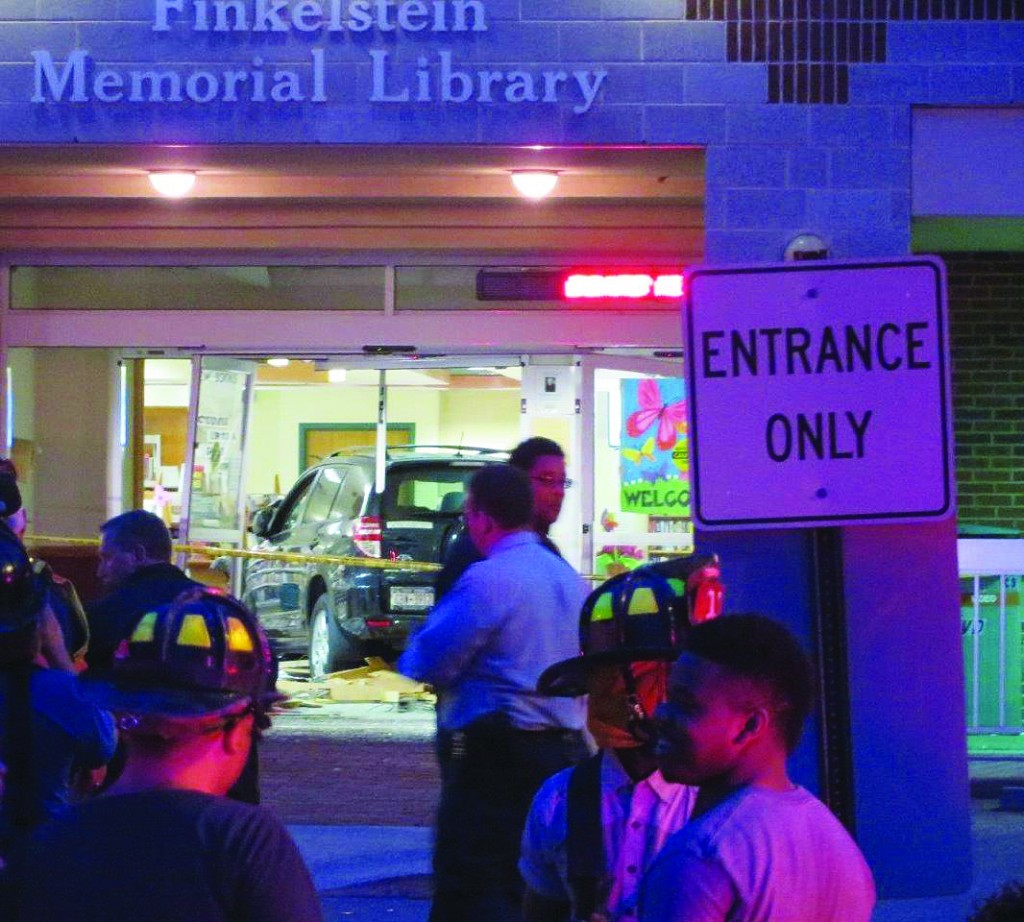 Six people were injured when an SUV crashed into the front entrance of a Spring Valley library just before 8 p.m. Tuesday.

The Finkelstein Library had at least 50 people inside at the time of the crash. As a large crowd of onlookers grew, police were able to evacuate the building without incident, using emergency and other exits at the side and rear of the brick structure, the Journal News reported.

The driver told police that mechanical trouble caused him to lose control of his vehicle. He was treated for chest pains.

Among the injured was a 15-year-old girl who was pinned under the car and an adult woman who suffered a head injury. Their conditions were unknown.

“There’s glass in the children’s room. Half of the circulation desk is gone. … It’s just pretty nasty,” she said. “It’s pretty bad, but it looks like there won’t be any fatalities, so that’s a blessing.”

The SUV was embedded about 20 feet inside the building, which was deemed “uninhabitable” because of numerous wires left exposed by the crash.