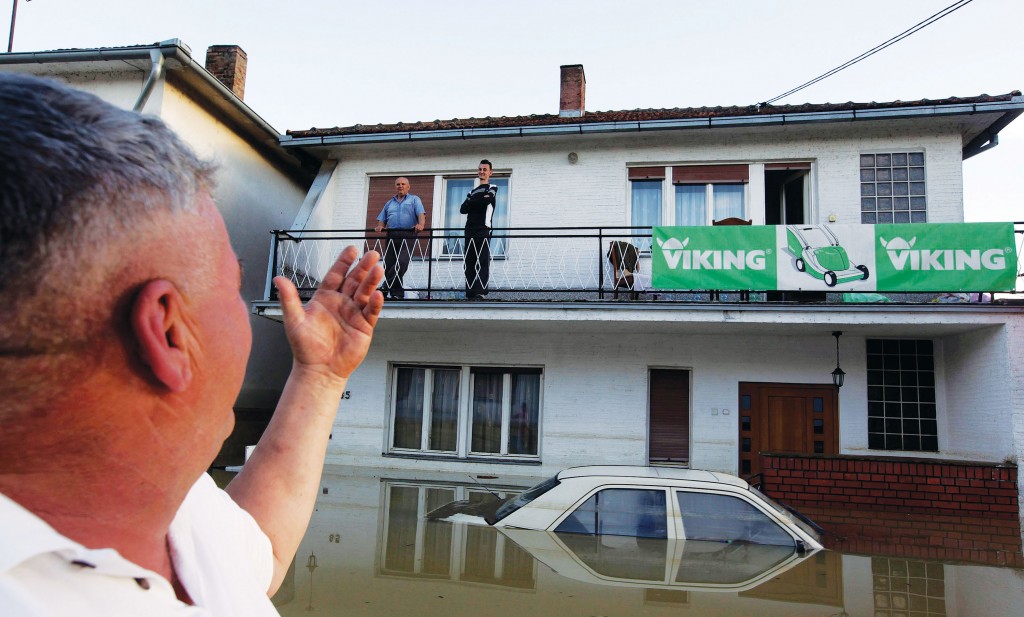 When Mehmedalija Djapic bought his house on the banks of the River Bosna after the 1992-95 war, he had no idea the land around it was laced with landmines.

Fourteen years passed before the deminers scouring Bosnia detected his minefield and several months ago began the painstaking work of marking it with yellow tape and skull-and-crossbone signs.

In the wake of the worst floods to hit the Balkans in living memory, Djapic’s courtyard was packed on Tuesday with rescue teams who fear the work they have done so far was in vain.

Authorities are warning that many of the more than 100,000 remaining landmines dotted across Bosnia have been dislodged by heavy rain, floodwaters and hundreds of landslides, shifting beyond the markers.

“Luck has been on my side so far,” said Djapic, a 75-year-old refugee from eastern Bosnia.

“Last week the river was raging. I could feel the ground shaking under my feet and the waters reached the courtyard, but now the deminers are back we feel safe again,” he said.

“The most difficult thing is to make my grandchildren understand they cannot play ball.”

Mine removal experts estimate that more than 120,000 landmines remain planted across Bosnia, the legacy of a war that killed 100,000 people and displaced more than a million.

Bosnia’s Mine Action Centre (MAC) has appealed for international help in getting more equipment and satellite screening to track the movement of mines after the heaviest rainfall in the Balkans since records began 120 years ago.

“There have been a number of reports that mines resurfaced after the flood and that landslides have moved whole minefields and markings,” MAC head Sasa Obradovic told Reuters.

“We are struggling to pinpoint all these areas and warn people in time.”

He put the cost of ridding the country completely of landmines at 300 million euros ($412 million) by 2019. The country’s reliance on agriculture and logging means few can afford not to take the risk.

“Bearing in mind that the impoverished population in rural areas relies on logging as the only source of income, there’s a big risk of new incidents after such rainfall,” Obradovic said.