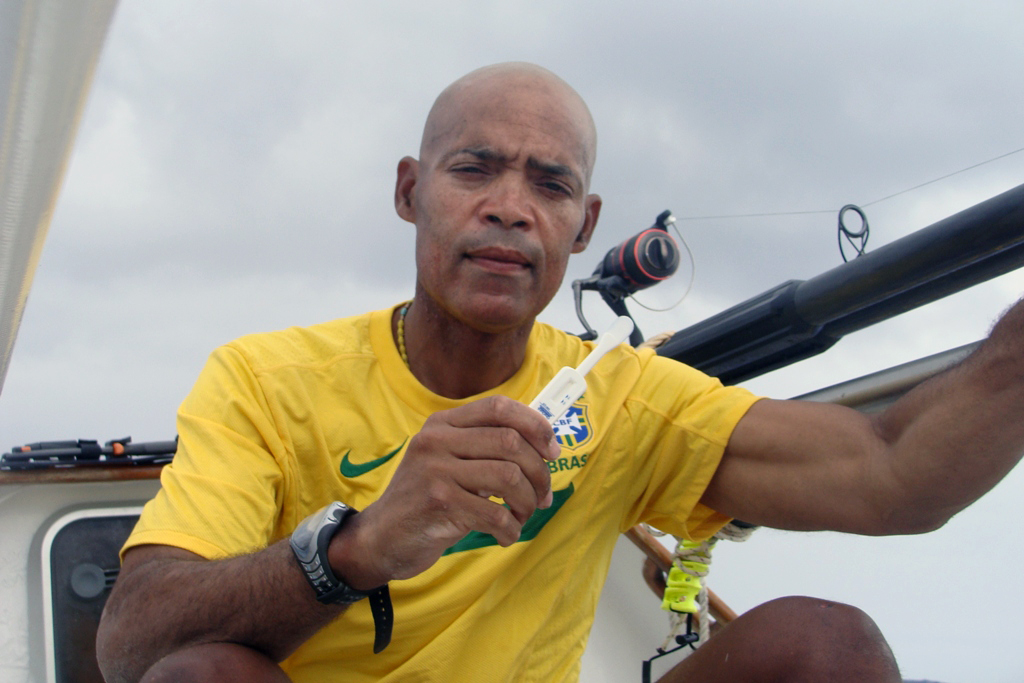 An American rower hoping to cross the Atlantic Ocean in honor of his brother passed the halfway mark early Sunday.