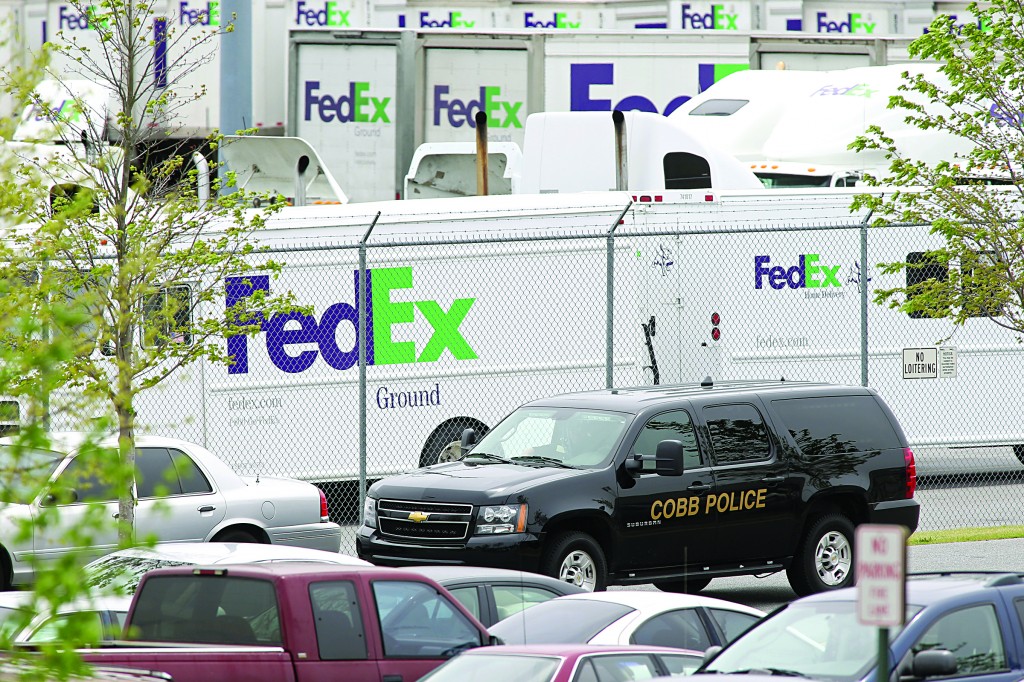 A FedEx employee wearing ammunition draped across his chest opened fire Tuesday at a package-sorting center outside Atlanta, wounding six people before apparently killing himself, police and witnesses said.

In addition to a shotgun, the gunman also had an undisclosed number of Molotov cocktails, but he did not use them in the attack, police said.

The shooter, who was not publicly identified, was found dead inside. He worked as a package handler at the sprawling facility, Cobb County police Sgt. Dana Pierce said.

Investigators have an idea of what his motive may have been, but they were not prepared to disclose it yet, Pierce said.

Three of the wounded were hospitalized in critical condition, including two who were in surgery with life-threatening injuries.

The gunman first shot a security guard at a shack outside the building before heading inside, Pierce said.

David Titus, a FedEx truck driver, said he was just coming to work around 6 a.m. when he saw a security guard get shot in the abdomen. He said he heard more gunfire later from inside the building.

“It was chaos,” Titus said. “Everyone was running, ducking and hiding, trying to get out of there.”

FedEx clerk Liza Aiken said she was working when she heard something drop, looked to her left and saw the gunman.

“He had bullets strapped across his chest” and held a knife, Aiken said at the entrance to a parking lot where employees had gathered after the attack. Before she could continue, a woman wearing a FedEx jacket told Aiken to stop talking and led her away.

The two people in surgery were a 28-year-old man and a 52-year-old woman. The third critical victim was a 22-year-old man, said Dr. Michael Nitzken of Wellstar Kennestone Hospital.

Another man, 38, remained at the hospital but was stable. Two other victims — a 42-year-old woman and a 19-year-old man — were treated and released.

The FBI and other agencies were working to collect evidence at the package center in Kennesaw.

The facility about 25 miles north of Atlanta sorts packages and loads them onto vehicles for delivery. It’s next to the general-aviation airport for suburban Cobb County.

The company offered no details about the attack, saying only that it was “focused on the needs of our team members and cooperating with the law enforcement investigation of this tragedy.”

The package center was shut down and surrounded by crime-scene tape. The full investigation is expected to take a long time because authorities have to search every part of the 500,000-square-foot facility for evidence.