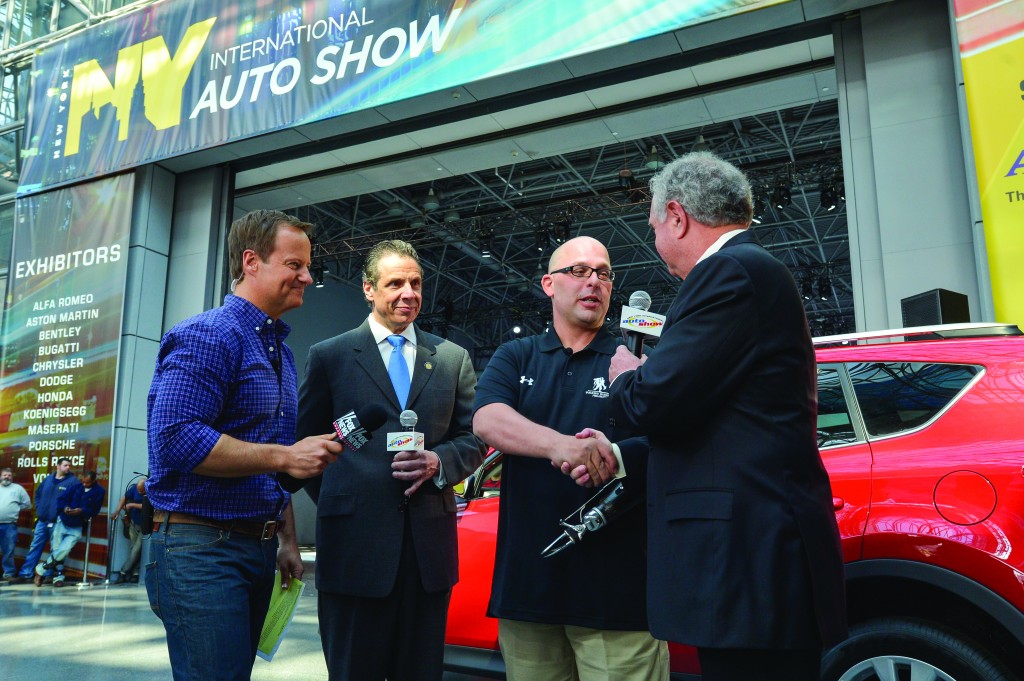 Gov. Andrew Cuomo is maintaining a double-digit lead over his Republican challenger, but he could be vulnerable to a challenge from the left, according to a poll of New York voters released Tuesday.

Astorino, who announced his candidacy last month, remains largely unknown, with 66 percent of polled voters either not knowing who he is or having no opinion of him with seven months left until the election.

If the race were to include a candidate from the left-leaning Working Families Party, Cuomo’s lead over Astorino is cut by about 20 points, with 39 percent of polled voters favoring Cuomo and 24 percent each for Astorino and the unnamed WFP candidate.

The percentage of voters who rated Cuomo’s job performance as excellent or good is up by two points to 48 percent.

The poll also found that 58 percent of New Yorkers like the fact that the Senate is controlled by Republicans and a group of breakaway Democrats as a bulwark against the liberal Assembly.

Amid controversy surrounding Cuomo’s decision to shut down the Moreland Commission to investigate public corruption, less than a third of voters has been following the issue and only one-quarter has heard or read about the shutdown, although 84 percent of voters say corruption in Albany is a serious problem.

On Monday, the New York State Democratic Committee announced that Joe Percoco, who managed Cuomo’s 2010 campaign, is returning to lead his re-election bid. He was a longtime adviser to Cuomo before serving as campaign manager for his successful 2010 campaign.