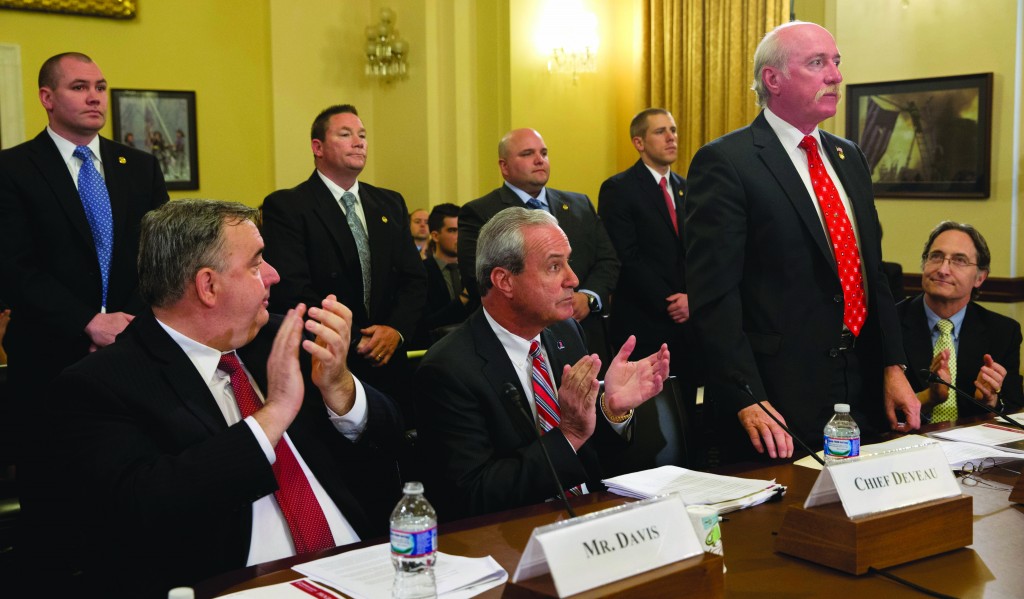 A yearlong review of information the U.S. intelligence community had prior to the Boston Marathon bombing found that the government did not miss any key details that could have prevented the attack — instead, the report found, information Russia withheld from the U.S. could have made a difference, according to an official who described the report’s findings.

The Obama administration briefed Congress Thursday on the intelligence community inspector general’s findings. The inspector general examined how the government’s 17 intelligence agencies handled information it had prior to the April 15 attack that killed three people and injured more than 200 others. It explored whether there were any missed opportunities to share information that could have prevented two ethnic Chechen brothers from carrying out the bombings, according to the official who spoke on condition of anonymity because the report had not been released publicly.

Shifting the blame toward Russia for possible intelligence failures before the bombing comes at a time when relations between the two countries are the worst they’ve been since the Cold War era.

Russia’s reluctance to share information with the U.S. government that might have helped prevent a terror attack on American soil was one of the first major cracks in the relationship between the two countries. Over the past year, U.S. and Russia relations have deteriorated. Russia gave asylum to National Security Agency leaker Edward Snowden. President Barack Obama cancelled a planned security summit with Russian President Vladimir Putin. And most recently, Russia ignored warnings from the U.S. and its allies and annexed the Crimean Peninsula from the Ukraine.

But the report’s conclusions could find sympathy with members of Congress and the nation who have grown increasingly skeptical about the effectiveness of U.S.-Russian cooperation on law enforcement or other matters.

In 2011, Russian authorities told the FBI they were worried that one of the suspected bombers and his mother were religious extremists. The Russians were unresponsive when pressed by the FBI for more details. It was only after the 2013 attack that the U.S. intelligence community learned that the Russians withheld some details that might have led to a more thorough FBI investigation.

The Russians told U.S. officials that they secretly recorded a telephone conversation in 2011 in which one of the Boston bombing suspects vaguely discussed jihad with his mother, the AP first reported weeks after the attack last year. In another conversation, the mother of now-dead bombing suspect Tamerlan Tsarnaev was recorded talking to someone in southern Russia who is under FBI investigation in an unrelated case, officials have said.

Even if had the FBI received the information from the Russian wiretaps earlier, it’s not clear that the government could have prevented the attack.

Tsarnaev died in a police chase after the attack. His brother, Dzhokhar, has pleaded not guilty to 30 federal charges, including using a weapon of mass destruction.

After the attack, the FBI investigated and found nothing that indicated that the brothers had ties to extremists in Dagestan, a turbulent Russian region that has become a recruiting ground for Islamic extremists.

The U.S. has long been worried about this type of domestic attack: when ideologies motivate people who are not tied to any designated terrorist group to commit violent acts.