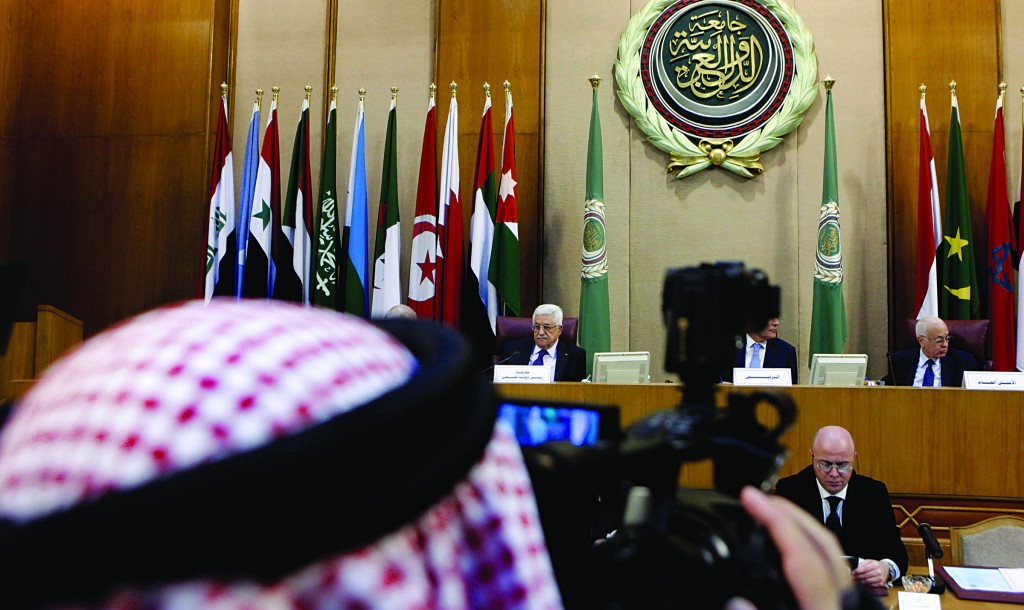 The leader of the Arab League says he is confident that Israel and the Palestinians will resolve a crisis over the release of long-held Palestinian prisoners and extend their U.S.-brokered peace talks.

Nabil Elaraby told The Associated Press in an interview Thursday in Cairo that an April 29 deadline for the talks set by U.S. Secretary of State John Kerry will be extended “for months.” He says the dispute over the Palestinian prisoners release also will be shortly resolved.

Elaraby did not elaborate, but he did say that he spoke to Kerry. Palestinian President Mahmoud Abbas is currently in Egypt, where he met with Egyptian leaders. Abbas also held talks Thursday with the European Union foreign policy chief Catherine Ashton.

Wasel Abu Yusef, a member of the PLO Executive Committee, denied on Thursday evening a report that Palestinian Authority President Mahmoud Abbas had agreed to the extension of the peace talks with Israel beyond April.

Abbas meanwhile claimed in an interview with the London-based newspaper Asharq al-Awsat, that his application to join 15 international bodies and treaties was in the interest of the Palestinian people and had nothing to do with Israel.

Israeli officials were infuriated by the move, which they contend was a violation of the agreement to resume talks last August on the condition that no unilateral actions would be undertaken while talks continued.

On Thursday evening, an Israeli official was quoted in the media saying the country would deduct debt payments from tax transfers the Palestinian Authority routinely receives, and limit the self-rule government’s bank deposits in Israel.

Earlier in the day, Israeli and Palestinian negotiating teams held another meeting, along with U.S. mediators. The Jerusalem Post quoted informed sources saying that no breakthrough was achieved but progress was made.

“We note that the contact in meetings between the negotiators are continuing, and note that they are engaging in serious and intensive efforts to find a way out of the current impasse,” U.S. State Department spokeswoman Jen Psaki said Wednesday night.

Kerry and Foreign Minister Avigdor Lieberman met on Wednesday night in Washington, and during a press briefing both stressed the bilateral friendship and said that efforts to reach an agreement were continuing.

No mention was made of comments made earlier in the week by Kerry at a Senate which provoked outrage at the secretary’s putting most of the blame for the crisis in negotiations on Israel.