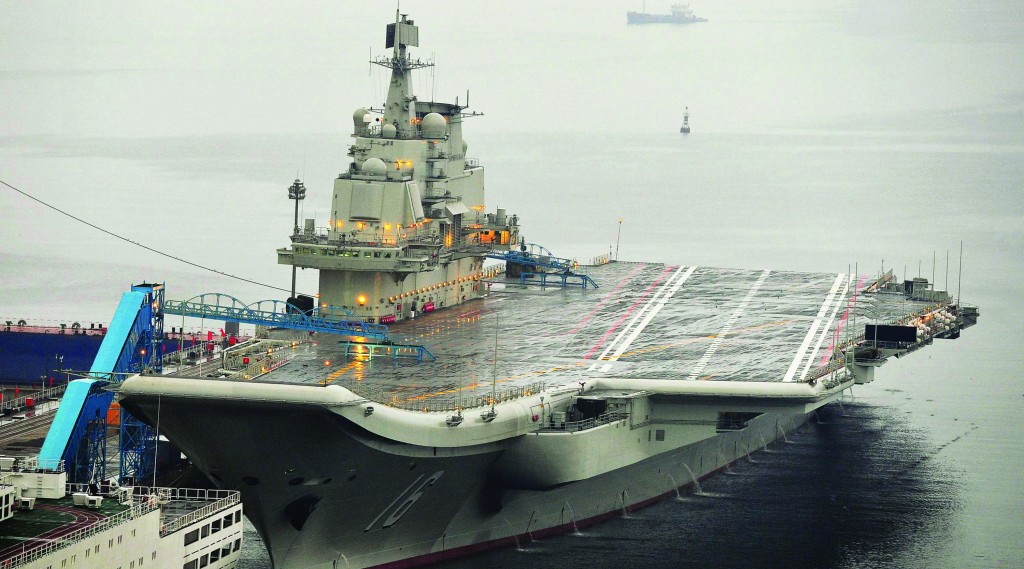 U.S. Defense Secretary Chuck Hagel took a two-hour tour around China’s sole aircraft carrier on Monday, in an unprecedented opening by Beijing to a potent symbol of its military power.

The carrier visit came at the start of Hagel’s three day trip to China, his first as defense secretary, and was described by one U.S. official traveling with him as an apparently genuine gesture of transparency by the People’s Liberation Army (PLA).

Hagel’s tour of the Liaoning gave him a close-up look at the carrier’s flight deck, medical facilities and living quarters and also allowed him to speak directly with Chinese sailors.

“We didn’t see every space aboard the ship. But, yes, we felt this was an honest, genuine effort to be open about this brand new capability that they’re trying to develop,” said one U.S. official, speaking on condition of anonymity.

The official said Hagel was the first official visitor from outside China to be allowed on board the Liaoning, although that could not be immediately confirmed.

The 60,000-tonne Liaoning, a Soviet-era vessel bought from Ukraine in 1998 and re-fitted in a Chinese shipyard, is seen as a symbol of China’s growing naval power and ambition for greater global influence.

The carrier has yet to become fully operational, however, and military experts say it could be decades before China catches up to the far superior and larger U.S. carriers — if ever.

Chinese military brass are no strangers to U.S. warships, including aircraft carriers. Officers from the PLA are routinely flown to U.S. aircraft carriers en route to occasional port stops in Hong Kong, according to U.S. military officials.