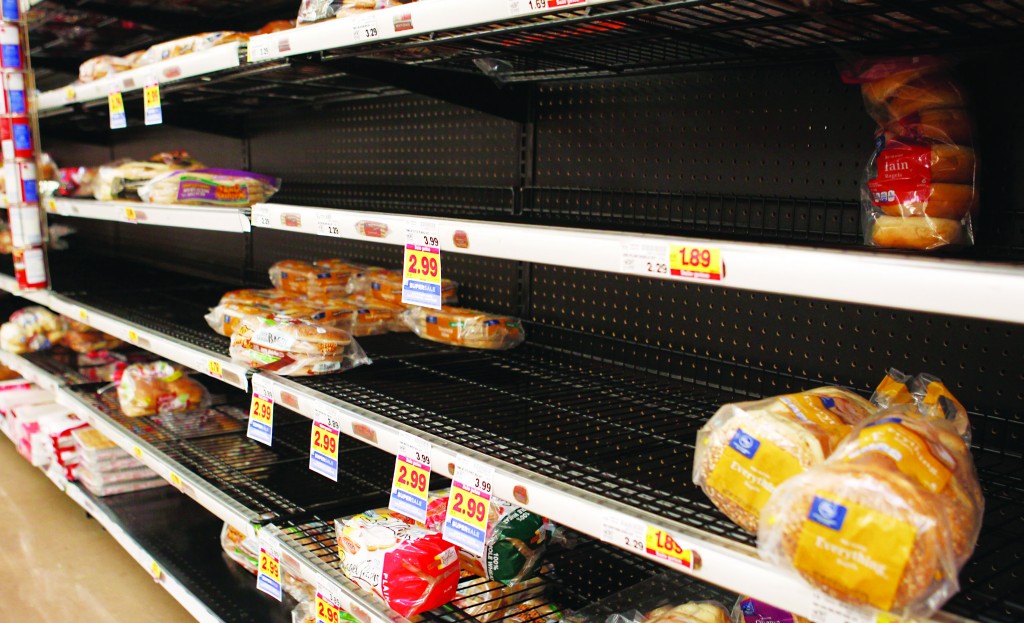 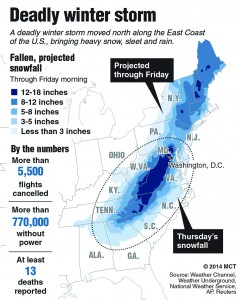 The winter storms barreling across much of the United States are undercutting the nation’s economy just when signs of stronger growth had begun to emerge.

Retail sales tumbled in January after a smaller decline in December, the government said Thursday. The news came as another snowstorm blanketed a third of the country, likely ensuring that February will mark a third straight month of weak job growth.

Some economists responded by lowering their overall growth estimates for the January-March quarter. Freezing weather usually slows the economy during winter before growth picks up once temperatures rise again. But the
onslaught of snow days this winter could prolong the slowdown.

For one thing, harsh conditions tend to rob many hourly workers of income. The avalanche of nasty weather means that waiters, limousine drivers and store employees might never recoup their lost wages later in the year, said Diane Swonk, chief economist at Mesirow Financial.

Snow days that were declared across the Eastern Seaboard forced many parents to stay home from work. Atlanta closed its schools for a third straight day, Philadelphia for the fifth time this winter.

At the same time, home heating bills have escalated for many such families, many of whom have no choice but to reduce spending elsewhere.

“You disrupted incomes for some people permanently,” Swonk said.

She estimates that economic growth during the first three months of this year will be “well below” a 2 percent annual rate — a steep drop from the 3.2 percent rate in the final quarter of 2013.

Based on data from 50,000 retailers, sales plunged 9.6 percent during the height of the polar vortex that gripped much of the nation in January compared with the same period last year, the firm Applied Predictive Technologies said.

For all of January, retail sales fell a seasonally adjusted 0.4 percent, the Commerce Department said Thursday. That marked the second straight decline after a 0.1 percent drop in December.

February isn’t looking much better. Some dealers lost power or had no customers for two or three days this month.

When Americans did buy more, much of the increase was at gas stations, and that was because of rising prices. Their purchases of building materials and groceries also rose.