National Another Ice Storm Causes Havoc Across the South
National 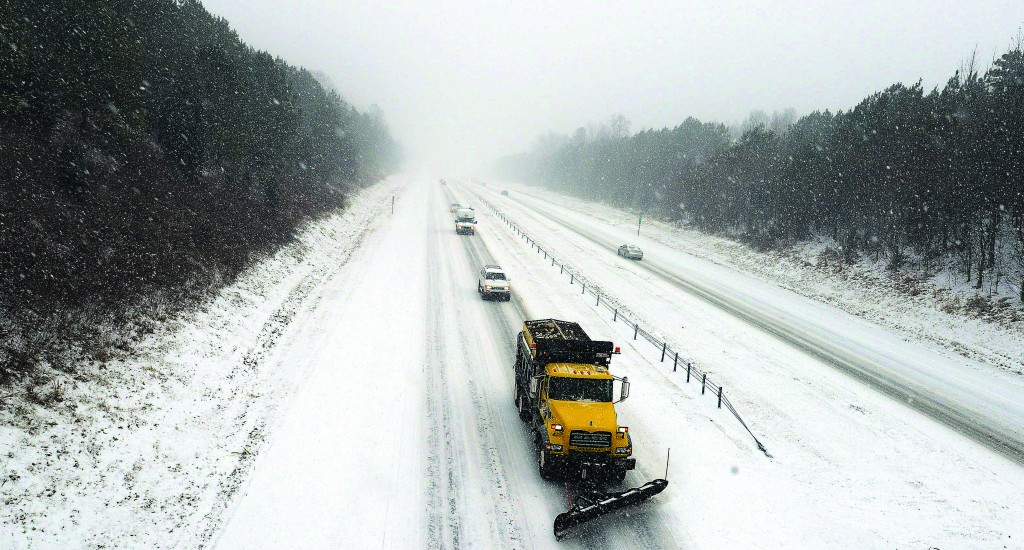 The second wintry storm in two weeks to hit the Deep South encrusted highways, trees and power lines in ice Wednesday, knocking out electricity to nearly a half-million homes and businesses.

But it didn’t wreak the highway havoc in Atlanta that the previous bout of heavy weather did — largely because people learned their lesson the last time and stayed off the roads.

At least nine traffic deaths across the region were blamed on the treacherous weather, and nearly 3,300 airline flights nationwide were canceled.

As residents across the South heeded forecasters’ unusually dire warnings and hunkered down at home against the onslaught of snow and freezing rain, the storm pushed northward along the Interstate 95 corridor, threatening to bring more than a foot of snow Thursday to the already sick-of-winter mid-Atlantic and Northeast.

Forecasters warned of a potentially “catastrophic” storm across the South with more than an inch of ice possible in places. Snow was forecast overnight, with up to 3 inches possible in Atlanta and much higher amounts in the Carolinas.

As the day wore on, power outages climbed and the dreary weather came in waves.

Ice combined with wind gusts up to 30 mph snapped tree limbs and power lines. More than 200,000 homes and businesses lost electricity in Georgia, while South Carolina had about 245,000 outages. Some people might be in the dark for days.

As he did for parts of Georgia, President Obama declared a disaster in South Carolina, opening the way for federal aid. In Myrtle Beach, S.C., palm trees were covered with a thick crust of ice.

In Atlanta, which was caught unprepared by the last storm, streets and highways were largely deserted this time. Before the first drop of sleet even fell, area schools announced they would be closed on Tuesday and Wednesday. Many businesses in the corporate capital of the South shut down, too.

The scene was markedly different from the one Jan. 28, when thousands of children were stranded all night in schools by less than 3 inches of snow and countless drivers abandoned their cars after getting stuck in bumper-to-bumper traffic for hours and hours.

However, traffic backed up on highways in Charlotte and Raleigh, N.C., and commutes that normally take minutes turned into hours-long ordeals.

Caitlin Palmieri drove two blocks from her job at a bread store in downtown Raleigh before getting stuck. She left her car behind and walked back to work.

“It seemed like every other car was getting stuck, fishtailing, trying to move forward,” she said.

“I think some folks would even say they were a little trigger-happy to go ahead and cancel schools yesterday, as well as do all the preparation they did,” said Matt Altmix in Atlanta. “But it’s justified.”

Georgia Gov. Nathan Deal, who was widely criticized over his handling of the last storm, sounded an upbeat note this time.

“Thanks to the people of Georgia. You have shown your character,” he said.

For the mid-Atlantic and the Northeast, the heavy weather was the latest in an unending drumbeat of storms that have depleted cities’ salt supplies and caused school systems to run out of snow days.

The nation’s capital could get up to 8 inches of snow. New York City could see 6 inches or more. Other sections of eastern New York were expecting 10 to 14 inches.