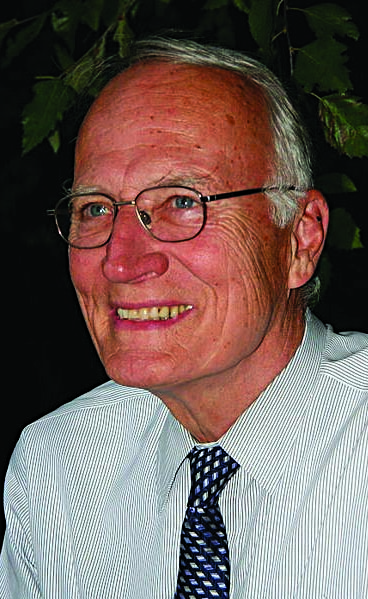 Former Senator David Durenberger, who served as Chairman of the Senate Select Committee on Intelligence at the time of Jonathan Pollard’s conviction, has written to President Obama requesting the release of Pollard as quickly as possible.

With his first-hand knowledge of the full file of Pollard’s case and all of the secret documents, Senator Durenberger’s call for clemency is regarded as especially significant.

A Republican who represented Minnesota in the United States Senate from 1978-1995, Durenberger cited “the vehemence of the Defense Secretary’s reaction to the revelation,” as he referred to then-Secretary of Defense Caspar Weinberger. The affidavit that Weinberger filed at the time Pollard’s case was being heard is believed to have led to the imposition of a life sentence, in violation of the plea bargain that had been agreed to.

Durenberger joins other former senior officials in expressing dismay over Weinberger’s conduct in the Pollard case. In a letter to President Obama calling for clemency for Pollard, former National Security Advisor Robert C. “Bud” McFarlane, who served under President Ronald Reagan from 1983-1985, called Weinberger’s affidavit in the Pollard case part of the “manifestation” of Weinberger’s “recurrent episodes of strong criticisms and unbalanced reasoning when decisions involving Israel were being made” and stated that “Weinberger’s unduly harsh and unwarranted severity was disgraceful and mean-spirited.” Former Assistant Secretary of Defense Lawrence Korb stated that Pollard’s life sentence was due to Weinberger’s “visceral hatred of Israel.”

In his letter to the President, Senator Durenberger also noted that from the outset Jonathan Pollard’s disproportionate sentence was inappropriate and “uncalled for.”

“Of course Pollard broke the law and his conviction was deserved,” wrote Senator Durenberger. “But the harshness of his sentence, in light of existing relations between our countries and the nature of our observation of implicit agreements between the countries, was uncalled for.”

Durenberger went on to urge the president to use his authority to correct a terrible injustice.

“The fact that no President has chosen to take the action which I, and many of my former colleagues and associates in government, request that you take, Mr. President, does not reflect well on the office,” continued Senator Durenberger. “I believe in my heart that you have the capacity to right this wrong. And I respectfully request that you do so at your early convenience.”

Durenberger, an attorney who also served with distinction in the United States Army, is the only Republican United States Senator from Minnesota to be elected to three terms. In addition to his tenure as Chairman of the Select Committee on Intelligence, Durenberger also served as Chairman of the Health Subcommittee of the Senate Finance Committee. He is currently a Senior Health Policy Fellow at the University of St. Thomas in Minneapolis, Minnesota and chairs the National Institute of Health Policy.