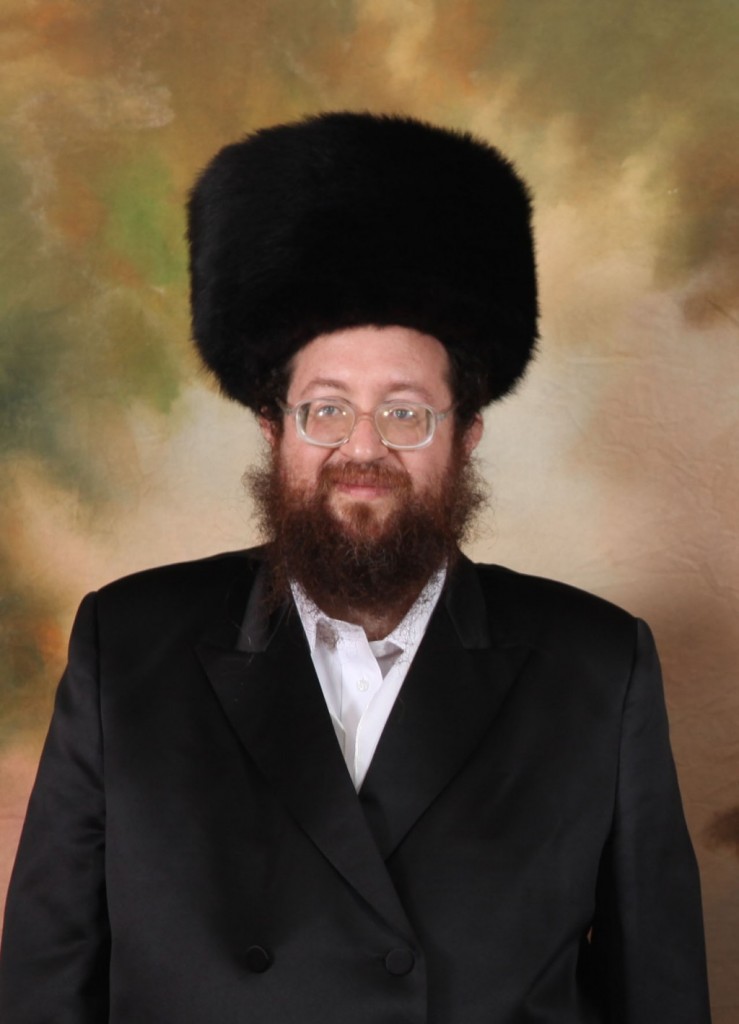 On Wednesday evening, the shocking news spread of the sudden passing of Rabbi Asher Menachem Hakohen Fingerhut, z”l, the principal of the Beer Miriam High School in Chazor Haglglit, and one of the pillars of the community in Chatzor, a baal chessed, talmid chacham and well known Gerrer chassid and askan. He was 45. Apparently, he collapsed at the entrance to the high school, where staff members found him. Medical help was summoned, but there was nothing they could do to save him.

The massive levayah departed from Chatzor, the town which the niftar helped found and lead, and proceeded to Har Hamenuchos in Yerushalayim.

Reb Asher Menachem was born to his father, the well known
chessed and chinuch personality, Rabbi Yisrael Yitzchak Fingerhut, z”l, who established and ran the Beer Miriam High School in Chatzor, and tbl”c, his mother, Mrs. Fradel Fingerhut. As a child, he imbibed the atmosphere of ahavas Torah, yiras Shamayim, Chassidus and good middos in his parents’ home. He also inherited their burning desire to do chessed for other people, wherever and whenever necessary.

He studied in the cheder in the Kiryah in Chatzor, and later in Yeshivas Sifsei Tzaddik in the town and Sfas Emes in Yerushalayim. In Sfas Emes, his diligence and refined character became known to all. He was very close to the Rosh Yeshivah at the time, the Pnei Menachem of Gur, zy”a.

As a bachur, and later as a young man, he cleaved to the Rebbes of Gur; his emunas chachamim was rock solid and he adhered to their every word.

Reb Asher Menachem married, tbl”c, the daughter of Rabbi Peretz Goldstein of Bnei Brak, who was an able partner to all his endeavors. They raised nine children in a home of Torah and Chassidus, only three of which he merited to bring to the chuppah.

After his marriage, he learned in kollel, and later, became a Rosh Kollel in Chatzor.

Fifteen years ago, the town of Chatzor was plunged into grief by the sudden passing of his father, Reb Yisrael Yitzchak, z”l, who collapsed and passed away in the midst of an act of chessed, preparing a simchah for one of the community members. The tragedy not only affected the family, but reverberated in the community and among the many friends and admirers that Reb Yisrael Yitzchak had in many other communities.

After the passing of his father, Reb Asher Menachem, as the oldest son, undertook the burden of the family, as several of his siblings were not yet married. He was instrumental in marrying them off, while his younger brother, Rabbi Tzvi Elimelech Fingerhut, z”l, took over the running of Beer Miriam. After Reb Tzvi Elimelech’s untimely passing four years ago, Reb Asher Menachem had no choice but to undertake this burden as well, one which he carried until his final day.

He fulfilled the job skillfully, and the school has an excellent reputation. He also served as a role model for the staff, and the driving force behind initiatives to improve the school experience for the students, both spiritually and materially. He was a member of the Bais Yaakov High School Association, and an active partner in all the chinuch decisions that the organization made.

On Tuesday night and throughout the day on Wednesday, he spoke with several principals regarding issues that are at the fore at this time, such as the intervention of the Education Ministry in curriculum content. They agreed to continue work together to come up with ways to deal with the problem. His efforts, however, were tragically cut short.

He was the patriarch of the family after his father’s passing, and stood side by side with his mother. After his brother, Reb Tzvi Elimelech, and a sister, Mrs.  Oppenheim, passed away at very young ages, he was a pillar of support for their families as well.

Reb Asher Menachem was a talmid chacham, brimming with Torah and Chassidus and yiras Shamayim. He was full of simchas hachaim and constantly ready to act, to do whatever needed to be done. His acquaintances described him as a “chessed machine” of extraordinary proportions. He was behind every chessed initiative in Chatzor. He established the Ezras Achim gemach, supported needy families, organized sales of discounted clothes and shoes to ease the burden for families, arranged loans for those who needed it, and much more.

He was always looking for ways to make life easier for others. On Erev Pesach, he understood that children at home were unlikely to get hot meals while everyone was busy with Yom Tov preparations. So he organized meals for children, with separate hours for boys and girls, and each child was given a nutritious, filling meal for just one shekel. He didn’t want the meals to look like chessed or charity, and that’s why he took money for them.

He was the chairman of Agudas Yisrael in Chatzor, a job that he used to disseminate Torah and chessed in the town and further afield in the area.

The levayah departed from Chatzor, where the entire community, shocked and grieving, turned out to accompany him on his final journey.

A hesped was delivered at the school by a close friend, Harav Yosef Leizerovitz, shlita. The levayah then proceeded to the shtiebel, where the Rav, Harav Gavriel Abramowitz, shlita, gave a hesped, followed by the Rosh Yeshivah of Sifsei Tzaddik and one of the founders of the community in Chatzor, Harav Asher Neuhaus, shlita, and an uncle, Rabbi Chanoch Berkowitz, all of whom bemoaned the tragic loss for the family and for the community.

From there, the mitah was taken to Yerushalayim, where Reb Asher Menachem was buried on Har Hamenuchos.