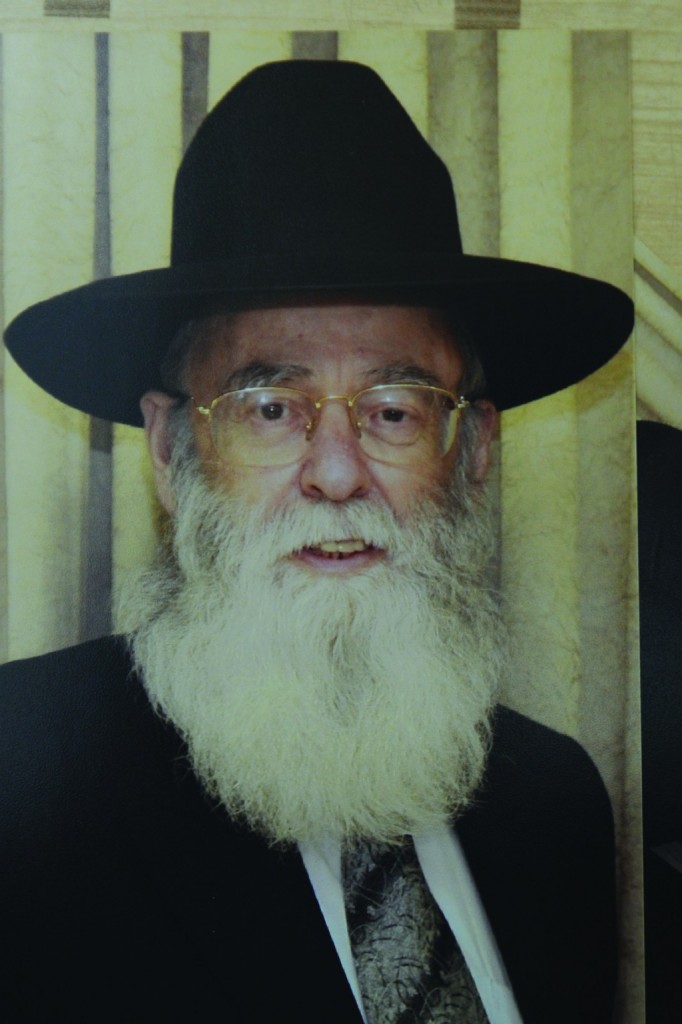 The Torah world in general, and the residents of Yerushalayim in particular, were grieved to learn of the passing of one of the eminent personalities in the city, Harav Avraham Elyashiv, zt”l, the youngest son of the posek hador, Harav Yosef Shalom Elyashiv, zt”l. He passed away in the prime of his life at the age of 70, after an illness.

Harav Avraham was born on 28 Tammuz 5703/1943 in Yerushalayim, the youngest child of his pious parents Harav Yosef Shalom and Rebbetzin Sheina Chaya Elyashiv. He was raised in a home known for its simplicity in material possessions but richness in Torah and avodas Hashem. His father displayed a special love for his youngest child as he guided him in the path of his forbears.

As a child, Reb Avraham attended Talmud Torah Meah Shearim, and later Yeshivah L’Tzeirim Tiferes Tzvi, where his rebbeim were deeply impressed by his abilities and nurtured him for greatness.

His father sent him to learn in Yeshivas Knesses Yisrael Chevron, where he became very close to the Rabbanim of the yeshivah and grew to be one of the most scholarly bachurim in the yeshivah.

After some time, he began learning in Kollel Neos Aryeh in Mevasseret Tzion, headed by his uncle, Harav Shlomo Simchah Levine, shlita, where he was one of the leaders of the group. After a few years, he became one of the Roshei Kollel, and influenced all those around him with his Torah and yiras Shamayim.

Throughout the years, Reb Avraham spent most of his time in the kollel, and his punctilious adherence to his sedarim became renowned. Everyone knew that he would arrive early to open the beis medrash, and he made every effort not to waste a minute of learning, which he carried out with fiery diligence.

In recent years, the kollel moved to the Beis Medrash Lehityashvut, headed by Harav Yosef Efrati, shlita, in Har Nof. There, too, Harav Avraham was one of the most respected members of the beis medrash. In addition to his diligence in learning, he was a pious, humble yerei Shamayim.

A primary part in his life was the special bond he had with his father, Harav Yosef Shalom Elyashiv, and his tireless devotion to him. Throughout the years, Reb Avraham was his father’s right hand, and his parents always displayed exceptional love and concern for their youngest child. Reb Avraham cared for his parents, making sure they had everything they needed. Harav Elyashiv would also speak to his son about matters he did not discuss with anyone else.

Reb Avraham was blessed with an exceptional ayin tovah, generosity and good nature. No one was ever offended by him, and it never happened that someone asked him a favor and Reb Avraham did not see to take care of it with remarkable alacrity.

He was also known for his fervent avodas Hashem. Fellow mispallelim at Bais Medrash Be’er Avraham, near his home in Givat Shaul, described his davening as special, as he said each word like one who is counting precious coins. It was clear, they said, that he was very close to his Father in Heaven. Everyone saw that his yirah preceded his chochmah, his wisdom, despite the fact that in his modesty, he tried to conceal his greatness from those around him.

In recent years, he suffered pain and weakness, yet, he always had a smile on his face and accepted his yissurim with love. He maintained his rigid schedule, learning and davening as he always had.

In recent weeks, his condition deteriorated, and a few days ago he lost consciousness. He passed away on Wednesday night, surrounded by his family.

The levayah, attended by thousands, departed from his home on Givat Shaul Street in Yerushalayim.

Harav Avraham Elyashiv is survived by his Rebbetzin; his brothers Harav Shlomo, Harav Moshe and Harav Binyamin; his sisters, Rebbetzin Sarah Rachel Yisraelson and Rebbetzin Gita Rimmer; his sons, Reb Aryeh and Reb Shlomo of Modiin Illit, and his daughters, Mrs. Karlinsky and Mrs. Yisraeli, as well as grandchildren who follow in his path.