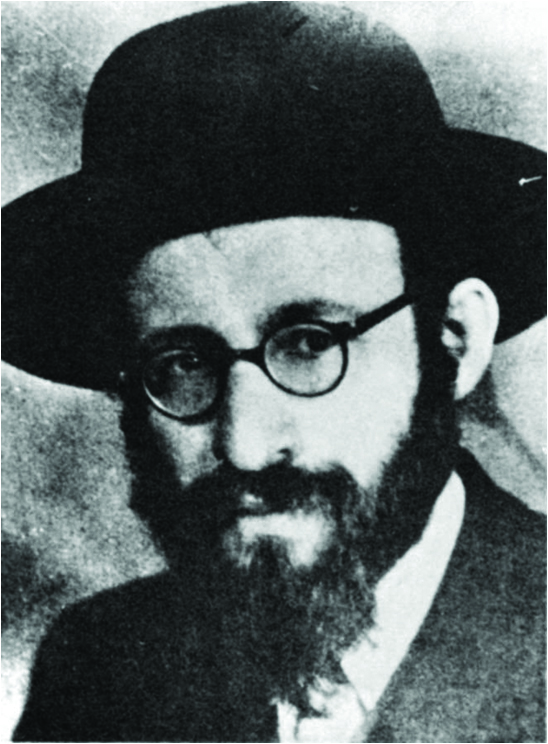 With members of the family of Harav Michoel Ber Weismandl, zt”l, and descendants of people he rescued looking on, the state Senate and Assembly on Monday unanimously passed identical resolutions honoring the memory of the Holocaust hero, who is credited with saving untold numbers of European Jews during the Holocaust.

In his maiden floor speech to the upper legislative body, Sen. Simcha Felder who, along with Assemblyman Joseph Lentol, introduced the resolutions

“Whoever saves a single life is considered as if he saved an entire world,” said Felder, a Democrat who represents Boro Park and Flatbush. “In the course of his lifetime, Rabbi Michoel Ber Weissmandl saved many worlds.”

In the Assembly, Lentol, a Williamsburg Democrat, aside from introducing the resolution, posthumously awarded the Liberty Medal to Rabbi Weissmandl.

“Rabbi Weissmandl was a defender of freedom and of liberty,” Lentol said. “He is a hero for all generations of Jews — but also for everyone who needs a brave man to look to when help is needed for those persecuted and threatened with annihilation in today’s world.”

The resolution reads in part, “WHEREAS, Rabbi Michoel Ber Weissmandl was instrumental in providing the United States with situational awareness of the Jews in Europe, specifically regarding Auschwitz, the largest and most notorious of the Nazi concentration camp networks, which ultimately led to a halt to the deportations of the remaining Hungarian Jewry; and

WHEREAS, Rabbi Michoel Ber Weissmandl’s daring efforts to save the Jews of Slovakia from extermination at the hands of the Nazis during the Holocaust included helping to establish the “Working Group,” an under-ground organization which raised funds to negotiate ransom with German and Slovakian officials in order to delay mass deportations and, via the famous Europa Plan, to secure the release of Jews; and

WHEREAS, Rabbi Michoel Ber Weissmandl was also able to smuggle letters and telegrams to leaders with abilities he hoped would help save the Jews of Europe, including President Franklin Delano Roosevelt and Winston Churchill and alerting them to the progressive Nazi destruction of European Jewry; in addition, he provided actionable intel in terms of where the railroads and crematoriums should be bombed; and

WHEREAS, The courage, wisdom and tenacity of this determined man laid the groundwork for several rescue missions, including the Mantello Mission, and the Wallenberg Mission, which freed tens of thousands of Hungarian Jews; now, therefore, be it

RESOLVED, That this Legislative Body pause in its deliberations to honor the memory of Rabbi Michoel Ber Weissmandl in the United States to save the European Jewish populace during World War II.”

In the book Witness to History, Editor in Chief, Ruth Lichtenstein calls Harav Weissmandl, “a visionary committed to Jewish rescue,” who “was little appreciated by his contemporaries.” Mrs. Lichtenstein, goes on to detail the life and activities of Harav Weissmandl and how he became involved in these rescue efforts.

Before the outbreak of World War II, Harav Weissmandl worked on behalf of Jews persecuted and expelled from Austria’s Burgenland district. He enlisted the aid of the Bishop of Canterbury, whose friendship he had earned in his scholarly travels to England before the war. These activities foreshadowed Harav Weissmandl’s intense exertions with the Working Group.

During the war, he dedicated all of his time to rescue efforts, yet he retained his traditional garb and a full beard, despite the harassment and serious risk to his life he incurred.

Harav Weissmandl was one of the leaders of the Working Group, the underground group, who maintained contact with powerful officials in Slovakia, helped thousands of Polish refugees escape to Hungary, helped Jews interned in Slovakian camp, sent food packages to Slovakian Jews deported to Poland. It was Harav Weissmandl’s idea to bribe Nazi officials in order to stop deportations of Slovakian Jews. The Working Group sent numerous letters to the free world appealing for money for rescue activities.

Harav Weissmandl came up with the “Europa Plan” in order to stop deportations all over Europe to concentration camps and was constantly in touch with the leaders of the Hungarian Jewish community, warning them about German intentions.  The Working Group released to the world what became known as “Auschwitz Protocols.” It was Harav Weissmandl who begged the free world to bomb Auschwitz.

After the failed Slovak uprising in August 1944, the Germans liquidated the Slovak Jewish community and arrested Harav Weissmandl and his family. En route to Auschwitz, Harav Weissmandl used a saw to file the lock on the cattle car door and jumped from the train, though he was unable to save his wife and five children, who were murdered in Auschwitz, Hy”d.

Harav Weissmandl arrived in Switzerland a shattered man. He had lost his wife and children in Auschwitz; his father-in-law, Harav Shmuel Dovid Ungar, zt”l, the Nitra Rosh Yeshivah, had passed away while hiding in the forests with his son. He had spent more than five years pleading for money to rescue Jews to little avail. After the war, Harav Weissmandl rebuilt the Nitra Yeshivah, which he eventually reestablished in Mount Kisco, N.Y.

Of the horrors he witnessed during the Holocaust, Harav Weissmandl wrote in his sefer, Min Hametzar, “To see this terrible sight, anyone sane would lose his mind, and anyone who has not lost his mind is not sane.”

“Even 55 years after his death, the memory of his heroic acts still burns brightly for so many people in the Jewish community,” Felder added. “It is an honor for us to pay tribute to Harav Weissmandl and to publicize his brave and inspirational actions. His selfless behavior is a lesson for the ages.”

The initiative for the resolution honoring the memory of Harav Michoel Ber Weissmandl, zt”l came from Rabbi Moshe David Niederman of UJO of Williamsburg and Mr. Ari Fixler of the recently established Weissmandl committee.