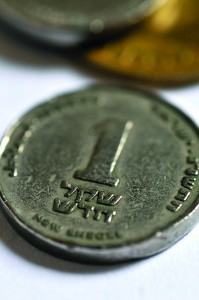 A reported purchase of tens of millions of dollars on Tuesday appeared to make no dent in the shekel-dominated exchange rate, Globes reported.

Writing in Globes, Yossi Frank, a financial adviser and CEO of Energy Finance, suggested that the Bank of Israel must stop clinging to obsolete solutions. The BOI “continues to naively buy foreign currency, which has not achieved results for a long time,” he said.

Instead, he suggests moving in the opposite direction: “Ministry of Finance economists should conduct a small study to examine what would happen to the economy if the dollar was traded at NIS 4,” he says.

“A depreciation of the shekel would boost exports, create jobs, increase productivity through the resumption of investment in industry, increase tax revenues, rebuild domestic industry and enable it to compete against imports without unnecessary barriers, and swing the Bank of Israel’s profit and loss statements from loss to profits, which will be transferred to the government. The solution is so simple, while you are wracking your brains in the wrong direction.”

Frank concluded with a warning that what happened to emerging market countries that allowed their currencies to strengthen too much could happen to Israel as well.

“In 2013 the shekel was one of the four strongest currencies in the world! Fourth, behind the currencies of Somalia, Uganda, and Iceland,” he noted.

This article appeared in print on page 26 of the January 15th, 2014 edition of Hamodia.