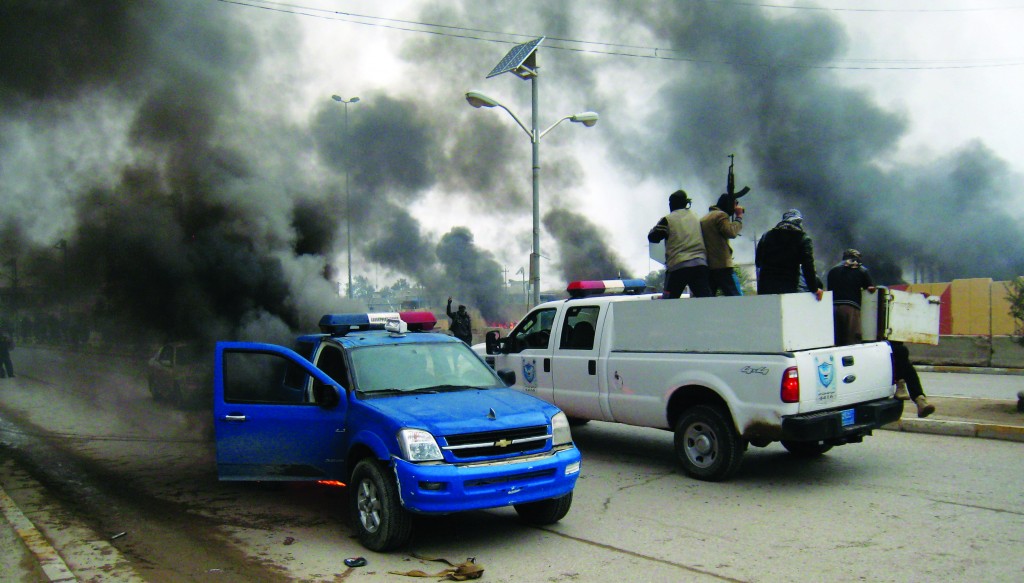 Al-Qaida is positioning itself as a vanguard defending the Sunni community against what it sees as persecution by Shiite-dominated governments across Syria, Lebanon and Iraq.

As a result, a Syrian rebellion whose aim was the removal of President Bashar Assad is evolving into something both bigger and more ambiguous: a fight increasingly led by Sunni jihadis — often foreign and animated mainly by hatred of Shiites — who are determined to create an Islamic state.

Battling these extremists is a coalition that includes moderates who are horrified that their rebellion in Syria has been discredited, with parts of the country falling under strict religious law.

For moderates in the Middle East, the renewed assertiveness of the extremists is increasingly taking on the aspect of a regional calamity.

“The war in Syria has poured gasoline on a raging fire in Iraq, and conflicts in both countries are feeding upon one another and complicating an already complex struggle,” said Fawaz A. Gergez, director of the Middle East Center at the London School of Economics. “Now the reverberations of the Syria war are being felt on Arab streets, particularly Iraq and Lebanon, and are aggravating Sunni-Shiite tensions across the Arab Middle East.”

Why now? Experts see a fundamental al-Qaida characteristic of feeding on social, religious and ideological cleavages of the kind that have been exposed in spectacular fashion in the Sunni-Shiite divide in Syria. It is fed by a vicious circle hugely frustrating to the moderate mainstream rebels: the more the West shows reluctance to intervene — fearful that helping them means also aiding global jihad even indirectly — the more there is a void for the jihadis to step into, capitalizing on the widening sectarian schism to recruit new fighters.

The al-Qaida-linked group that calls itself the Islamic State of Iraq and the Levant has made no secret of its desire to turn Syria’s civil war into a regional conflagration that would allow it to take firmer root. Its very name, rebranded last year from the more-local Islamic State of Iraq, spells out its cross-border ambitions.

Even as its fighters were busy seizing territory in Syria, it has been dramatically escalating its operations inside Iraq, carrying out mass-casualty attacks and staging a series of audacious prison breaks that freed more than 500 inmates. Many of those were jihadists who are believed to have flowed back into the group’s ranks.

This week, fighters of Islamic State of Iraq and the Levant overran the city of Fallujah and parts of Ramadi in Iraq’s Sunni-dominated Anbar province, which stretches west to the border with Syria. This triggered fierce clashes with Iraqi special forces and government-allied Sunni tribes trying to recapture the strategic territory.

The al-Qaida gains pose the most serious challenge to Prime Minister Nouri al-Maliki’s Shiite-led government since the departure of U.S. forces in late 2011.

In Lebanon, where Iranian-backed Shiite Hizbullah guerrillas have helped shore up Assad’s forces in Syria, the Islamic State of Iraq and the Levant claimed responsibility last week for a suicide car bombing that killed five people in a Hizbullah bastion of Beirut.

Imad Salamey, a professor in international relations at the Lebanese American University, said the Syrian opposition has realized that the Islamic State of Iraq and the Levant is a major liability — not just for the image of the opposition but also for turning Syrians against the opposition.

He said the Syria war is forcing changes and power struggles that will have a major and lasting regional effect.

“The entire political order of the Middle East is being renegotiated,” he said.