Israel It All Started More Than 60 Years Ago
Israel 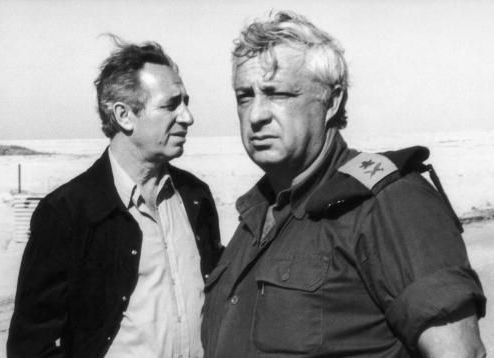 Hamodia military correspondent A. Pe’er goes back in history to share with us the events that shaped Israel’s policy on drafting yeshivah bachurim.

(Excerpts from a longer article that appeared in Hamodia on 10 Nissan, 5773.)

The subject of recruiting yeshivah bachurim is far from new. It was discussed by Israel’s Provisional State Council, the temporary legislature that operated from shortly before independence until the election of the first Knesset in January 1949. David Ben Gurion, the country’s first leader, included the exemption of the yeshivah bachurim in the status quo arrangements agreed upon with the head of chareidi Jewry in the Knesset, Harav Yitzchak Meir Levin, zt”l. But since then, much water has flowed under the bridge.

Ben Gurion was persuaded not to draft those learning Torah full-time, and his government accepted the position that lomdei Torah should receive a deferral for as long as they continue to learn.

In early January 1951, following requests from some left-wing MKs who demanded that this policy be anchored in law (so that they could challenge it in court), Ben Gurion sent a letter to the Defense Ministry and the IDF Chief of Staff, saying: “On the basis of Article 12 of the Defense Service Law, I have released yeshivah students from army service. If any yeshivah students are found outside their places of study — even if merely on an errand — they are to be arrested by the military police.”

For the next four years, yeshi­ vah bachurim were exempt from military service, until the end of 1954, after Ben Gurion resigned and Pinchas Lavon was appointed defense minister.

Lavon, as part of his plan to overhaul the office, decided to study what Ben Gurion had meant in his letter — did he intend to exempt the bachurim from military service altogether, or merely to postpone their service? Lavon concluded that Ben Gurion had meant mere postponement, and therefore decided that after four years of deferral all lomdei Torah must be drafted into the army.

The Moetzes Gedolei Ha­ Torah got wind of Lavon’s plans, and sent Rav Levin and a delegation of Roshei Yeshivah to the prime minister, Moshe Sharett, who received them warmly.

On hearing their request he replied: “Don’t worry. I am the prime minister and I am the one who decides on such issues. I won’t let anyone, not even a ‘new broom,’ engage in such ‘fire.’ It will be okay.”

Indeed, immediately after the delegates left his office, Sharett called Lavon and ordered him to stop his involvement in the matter and withdraw all his queries regarding the status of the exemption of yeshivah bachurim from army service.

“The Torah world was lost in the Holocaust, and we won’t let it wither here,” he told Lavon.

Sharett’s firm stand preserved the status quo regarding lomdei Torah until the late ’50s, when left-wing MKs raised the issue again and it was brought to court. Finally, in 1958, it was passed on to the Defense Ministry’s director general, an energetic young man named Shimon Peres, today Israel’s president.

Peres was asked by the diplomatic and political echelons to find the appropriate legal framework that would prevent the issue from constantly arising and challenging the status quo.

Peres met with all parties, summoning the Roshei Yeshivah and IDF representatives, and took the view that lomdei Torah should receive deferrals from army service.

His conclusions were sent to a team of lawyers, who used them as a basis for drafting the long-standing agreement that was adopted by all ensuing governments.

The agreement called for the establishment of an administrative body — the Vaad Hayeshivos — which was elected by Roshei Yeshivah, as the legal authority to grant deferrals for those who could prove that they were lomdei Torah and who declared that their day was devoted exclusively to Torah study.

The deferral barred lomdei Torah from leaving the country without permission, and from working.

Peres’ actions brought 10 years of quiet on the issue, until 1968, when heavy pressure was exerted on the defense minister at the time, Moshe Dayan, and after the many changes that occurred in Israel and the IDF following the Six Day War.

Dayan established an investigative committee to re-evaluate the deferrals of lomdei Torah, and after a yearlong probe decided that there was no place to make major changes — only a few minor ones. One of these was to prevent new yeshivos from receiving deferrals for their students. This was a roundabout way to try and limit the number of yeshivos whose students could qualify for deferrals, but the arrangement didn’t work. New yeshivos could continue to qualify for deferrals for their students if they received recognition from the Vaad Hayeshivos.

The left did not accept the conclusions of Dayan’s committee and petitioned the High Court. But in those days the court’s attitude was not to intervene in matters that were in the government’s jurisdiction, and it therefore decided to reject the petition.

1977 saw political upheaval in Israel, with the fall of the historic Mapai governments that had ruled since the country’s establishment. The Likud won the election and its leader, Menachem Begin, brought the chareidi parties into the coalition for the first time in 26 years.

In the coalition agreement signed with Agudas Yisrael, it was agreed to remove all of the Dayan Committee’s recommendations and all limitations regarding the number of yeshivos whose talmidim were exempted from army service. With the large wave of baalei teshuvah, the law also exempted baalei teshuvah from army service, as long as they became religious at least two years before their draft date.

A committee was established, headed by religious MK Rabbi Menachem Hacohen, who was a member of the secular Labor party.

MK Hacohen’s committee came up with a compromise. On the one hand, it returned the arrangement to what it was prior to the 1977 political shake-up. On the other, it determined that yeshivah students would continue receiving deferrals, but that each year the number of students that could be added to the arrangement would be limited to 3 percent of the current yeshivah population.

The left, unhappy with the committee’s conclusions, again turned to the High Court, which again rejected the petition on the grounds that it didn’t intervene in security or political issues. Hacohen’s guidelines held for 12 years.

Meanwhile, Israel’s legal system underwent a serious transformation. There arose a new generation of justices who believed that the High Court could intervene in any matter, overturning decisions taken by the government and laws drafted by the Knesset.

In December 1998, in the first of many unprecedented decisions, the High Court intervened in the issue of the yeshivah bachurim’s deferral, ruling that it had no legal basis and ordering the Knesset to enact a new law within a year.

The religious and chareidi public misunderstood the nature of the decision. They were certain that a compromise would be reached allowing what was to continue. But they were mistaken: Unlike previous attempts to draft lomdei Torah that were led by secular politicians, this time the campaign was being led by the High Court itself.

…The government appointed in late 1999 a committee headed by Judge Tzvi Tal to formulate a new arrangement concerning the lomdei Torah.

For the first time in Israel’s history, a committee was no longer discussing deferrals for lomdei Torah, but their recruitment. One could feel the dangerous change in the air, and the IDF decided to act, establishing a special chareidi unit. Nachal Hachareidi was the IDF’s attempt at showing it could provide a suitable framework for chareidim.

The Failure of the Tal Law

In April 2000, 15 months after beginning its work, the Tal Committee decided to leave the old arrangement in place, with one interesting clause: On turning 22, the lomdei Torah would be offered a “decision year.” This meant that they could take a year off from their learning, during which they could work, study or do anything else, and then decide among three options: return to the yeshivah, do a year of civilian national service alongside a paying job, or go the army for a shortened service of 16 months and future service in the reserves….

The committee’s proposal was approved by the Knesset and became law, replacing the old arrangements….

But the Tal Law proved to be a failure. After two years it became clear that very few lomdei Torah made use of their “year of decision,” in some cases because the State had not made civilian service a genuine alternative for those yeshivah bachurim who wanted to opt for it. Funding wasn’t provided to set up appropriate frameworks.

Yet despite the failures, the arrangement continued to hobble along in a stormy period, with many attempts to undermine it. In May 2006, the High Court ruled that although the Tal Law was not unconstitutional, it could become unconstitutional in the future if not implemented properly. The court decided that it could not then reach a definite conclusion since it was a complex social question, and the law should therefore be given an opportunity to achieve its goals.

Following the ruling, the Knesset extended the Tal Law for another five years.

These were five difficult years of relentless attacks against the religious, and especially chareidi public, in Israel. Five years of barbed criticism of the chareidim, with antireligious groups funded by foreign governments and antireligious organizations joining the attackers.

The secular media was mobilized against the Tal Law, and in February 2012, the High Court once again intervened, ruling that it was unconstitutional and could no longer be extended.

In May 2012, Binyamin Netanyahu’s government established its Committee to Advance the Equal Sharing of the Burden, ordering it to formulate an alternative to the Tal Law, one that would put an end to the unlimited exemption of lomdei Torah from army service.

But the committee’s harsh preliminary conclusions promp­ ted a political crisis that led to early elections.

And the rest is unfolding in front of our eyes.