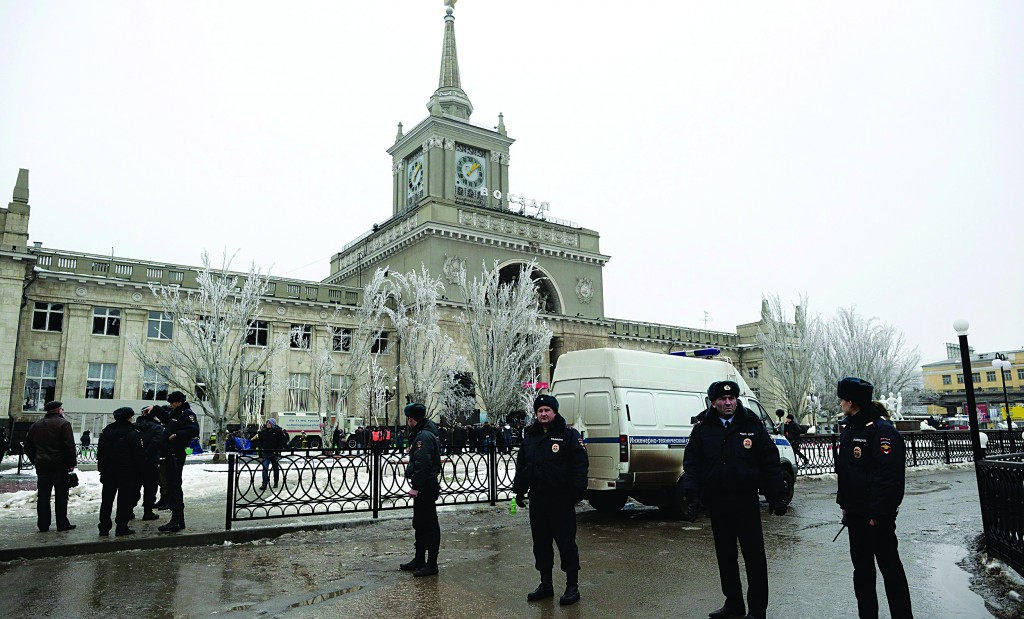 No one immediately claimed responsibility for the bombing in Volgograd, but it came several months after Chechen rebel leader Doku Umarov called for new attacks against civilian targets in Russia.

Suicide bombings have rocked Russia for years, but many have been contained to the North Caucasus, the center of an insurgency seeking an Islamist state in the region. Until recently Volgograd was not a typical target, but the city formerly known as Stalingrad has now been struck twice in two months — suggesting terrorists may be using the transportation hub as a renewed way of showing their reach outside their restive region.

Volgograd, which lies close to volatile Caucasus provinces, is 900 kilometers (550 miles) south of Moscow and about 650 kilometers (400 miles) northeast of Sochi, a Black Sea resort flanked by the North Caucasus Mountains.

The bombing highlights the daunting security challenge Russia will face as it prepares to host February’s Olympics in Sochi. The government has deployed tens of thousands of soldiers, police and other security personnel to protect the games.

Throughout the day, officials issued conflicting statements on casualties. They also said that the suspected bomber was a woman, but then reversed themselves and said the attacker could have been a man.

The Interfax news agency quoted unidentified law-enforcement agents as saying that footage taken by surveillance cameras indicated that the bomber was a man. The bomber detonated explosives in front of a metal detector just beyond the station’s main entrance when a police sergeant became suspicious and rushed forward to check ID, officials said. The officer was killed by the blast, and several other policemen were wounded. 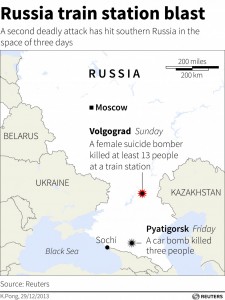 “When the suicide bomber saw a policeman near a metal detector, she became nervous and set off her explosive device,” Vladimir Markin, the spokesman for the nation’s top investigative agency, said in a statement. He added that the bomb contained about 10 kilograms (22 pounds) of TNT and was rigged with shrapnel.

Markin later told Interfax that the attacker could have been a man, but added that the investigation was still ongoing.

Markin argued that security controls prevented a far greater number of casualties at the station, which was packed with people at a time when several trains were delayed. About 40 were hospitalized, many in grave condition.

Russia in past years has seen a series of terror attacks on buses, trains and airplanes, some carried out by suicide bombers.

In Washington, the State Department condemned the bombing and said the U.S. stands “in solidarity with the Russian people.”