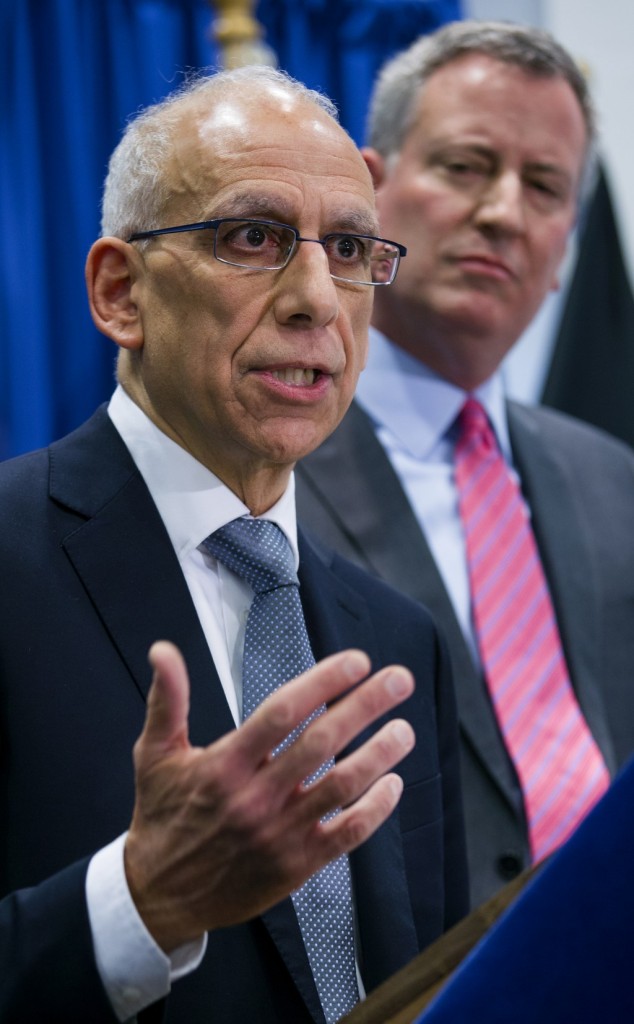 Dean Fuleihan served more than three decades in top posts for the state Assembly, including as the chief fiscal and policy adviser to the legislative body’s leadership. He acted as Speaker Sheldon Silver’s lead negotiator on the contentious $130-billion state budget talks in 2011.

Fuleihan will be tasked with allocating money for de Blasio’s priorities, including his signature proposal of funding universal pre-kindergarten by raising taxes on the wealthy. A tax hike would need support from Albany.

Despite some skepticism from state lawmakers, Fuleihan expressed confidence that it would be done, saying he was ready to work on a budget that “reflects this mayor’s progressive values.” The preliminary city budget is due in early February and, by law, must be balanced.

De Blasio and Fuleihan will also immediately face a separate herculean task: all 300,000 members of the city’s labor force have been working on expired contracts.

Labor leaders are asking for current and retroactive raises, a balloon payment that could eclipse $7 billion, which is nearly 10 percent of the city’s entire $72.5 billion budget.

Outgoing Mayor Michael Bloomberg had offered the unions small raises but no back pay, so labor heads declined to negotiate with him in hopes of finding a friendlier audience with a new mayor. Additionally, the city’s pension costs increased last year to $8.4 billion, up from $1.5 billion in 2002.