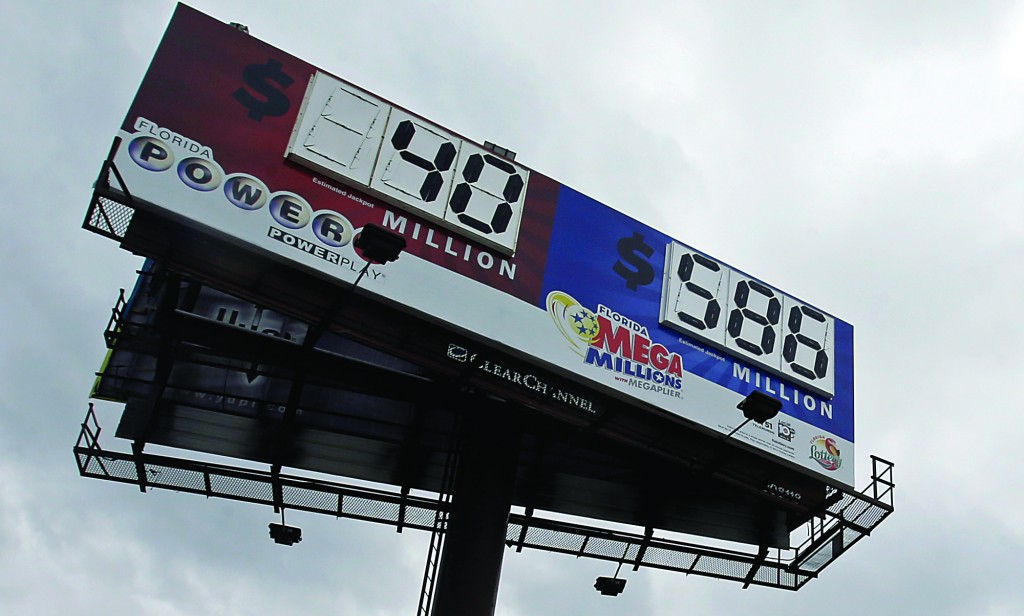 The Mega Millions jackpot inched toward a U.S. lottery record Monday as it soared to $586 million amid a frenzy of ticket purchases, raising the possibility that the prize could pass the once-unthinkable $1 billion mark by Dec. 24 should nobody win before then.

Paula Otto, executive director of the Virginia Lottery and lead director for Mega Millions, said ticket sales are ahead of projections for Tuesday’s drawing, increasing the likelihood it could shatter the current record of $656 million, set in a March 2012 Mega Millions drawing.

That was enough for Drew Gentsch to buy one ticket Monday morning. The attorney from Des Moines never plays, but the ballooning jackpot was too good to pass up.

“I think it’s ridiculous but you have to dream big,” he said. “The odds of winning are so low, there’s no real reason to play. But it’s fun to do so once in a while.”

Otto said it’s likely the jackpot will be increased again after lottery officials meet Tuesday morning to discuss sales. Between 65 and 70 percent of the roughly 259 million possible number combinations will be in play when the numbers are drawn, Otto estimated.

“Lotto players are procrastinators. They tend to buy on the day of the draw,” she said.

The large Mega Millions prize is the product of a major game revamp in October that dramatically lowered the odds of winning the jackpot. If a winner isn’t selected Tuesday night and it rolls over past the next drawing scheduled Friday night, Otto predicts the jackpot will reach $1 billion — an unheard of amount for Mega Millions or Powerball, the nation’s two main lottery games.

The current jackpot, which is the fourth largest in U.S. history and closely trails the $587.5 million and $590.5 million set by Powerball, has had heavy sales over the last several days. Otto noted that the higher the jackpot, the higher the sales. For example, when the jackpot was $99 million on Nov. 5, lottery officials sold just over $20 million worth of tickets. For Friday’s then-$425 million jackpot, $168 million worth of tickets were sold.

Some players were taken aback by the growing jackpot and the possibility that it could keep getting bigger if it rolls for a 22nd consecutive time.