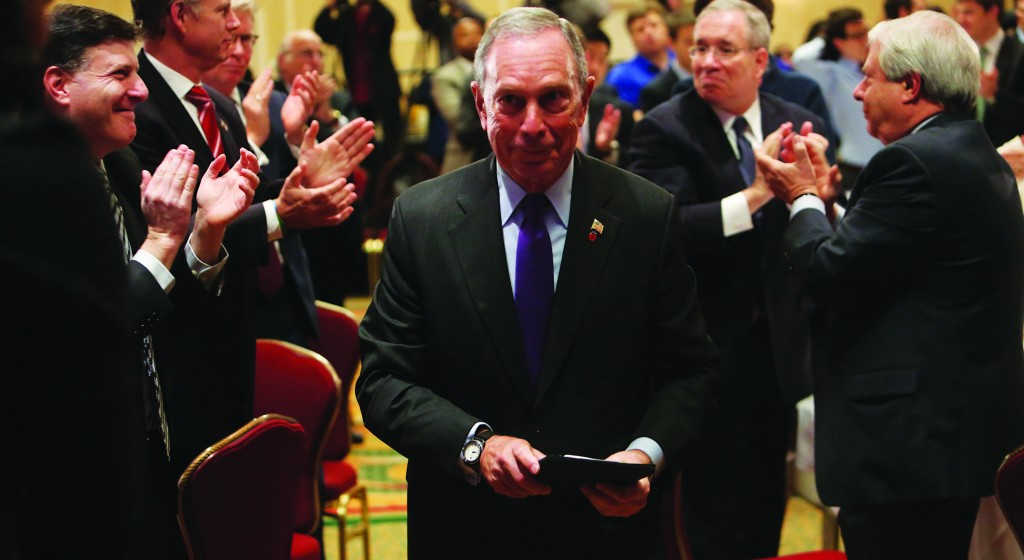 Outgoing New York City Mayor Michael Bloomberg, a data-driven billionaire not known for his emotional responses, did something unexpected several times Thursday while speaking about the future of the city he  led for 12 years.

Bloomberg got emotional when discussing his soon-to-be-born first grandchild and asked that his legacy be that he left the nation’s largest city in a better place for future generations.

“In the decades ahead, mayors will come and go,” Bloomberg told a gathering of the Association for a Better New York, a prominent civic group. “There will be ups and downs, triumphs and tragedies.

“But if we always remember our values, if we honor them, and work to live up to them, and defend them against attack, if we all pull together and stand up for one another, we will remain what we are today: The greatest city in the world,” he continued. “That is my heartfelt hope. That is my wish for our future. And that is what I want, more than anything else, for my little grandson and all the generations to come.”

The speech, delivered at a downtown Brooklyn hotel, was the latest stop in the mayor’s victory lap before he leaves office at the end of the month.

Two loud, sustained standing ovations bookended Bloomberg’s speech, which was delivered to a friendly crowd that has long been supportive of the mayor’s agenda.

He placed his administration’s accomplishments in the larger framework of the city’s history, even citing the “Give me your poor, your huddled masses” inscription on the Statue of Liberty’s placard as inspiration for making New York “the world’s most open city.”

“Those words, I think, must always be etched in our hearts, and that lamp of liberty must always light our way forward,” Bloomberg said.

He did not leave all of his beloved statistics behind, however. He touted a 49 percent drop in the murder rate since 2001, the creation of 4 million private sector jobs, a 42 percent increase in high school graduation rates and 800 new acres of parkland.

Bloomberg, a social liberal with an unwavering faith in business and the free market, also touted other signature accomplishments, such as the smoking ban and the rebuilding of Lower Manhattan after 9/11.

“We still face great challenges and we always will,” he said. “But I think it’s fair to say that we have never been better positioned to meet those challenges.”

The 71-year-old mayor also offered a rare peek into his private life, noting that his daughter Georgina would soon give birth, adding, “I’m going to be changing diapers.” He then offered a sanitized version of the advice he offers every new employee.

“I’m looking forward to holding the baby in my arms,” Bloomberg said, “and looking into his eyes and saying to him: ‘This is your generation’s city now. It’s the greatest city in the world. Don’t [mess] it up.’”