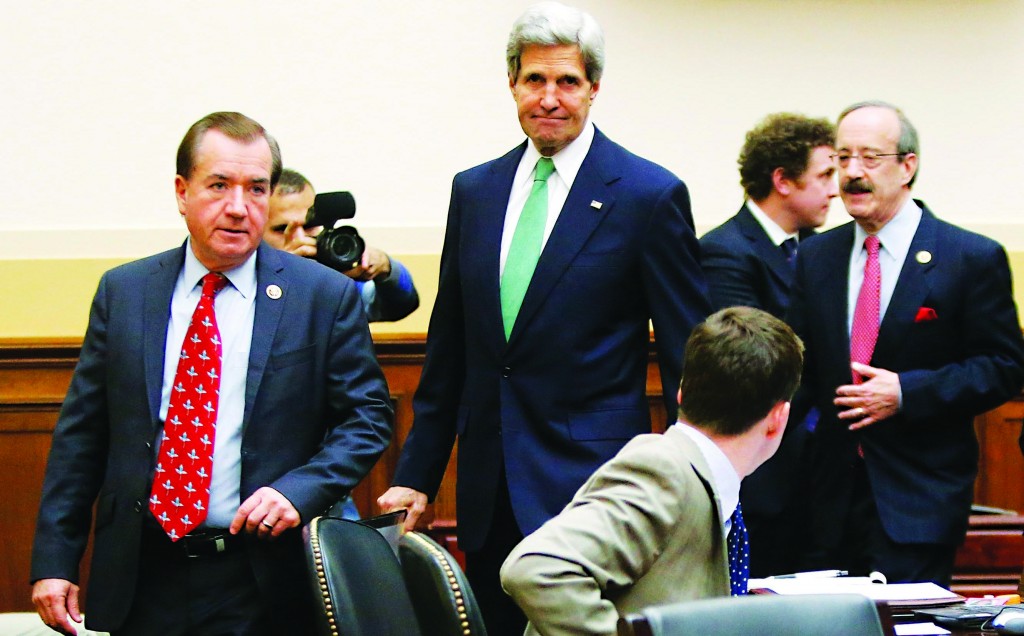 U.S. Secretary of State John Kerry appealed to skeptical U.S. lawmakers on Tuesday not to impose new sanctions on Tehran while the United States seeks to negotiate a comprehensive agreement with Iran to curb its nuclear program.

Republicans and Democrats in the House of Representatives raised questions about a November 24 deal between Iran and six major powers under which Tehran would restrict its nuclear program in exchange for limited relief from U.S. economic sanctions.

The Obama administration hopes that the interim agreement, slated to last six months but renewable for a further six months by mutual consent, will provide time to negotiate a final deal with the Iranians within a year.

“We are asking you to give our negotiators and our experts the time and the space to do their jobs and that includes asking you while we negotiate that you hold off imposing new sanctions,” Kerry told the House Foreign Affairs Committee.

“I am not saying never … If this doesn’t work, we are coming back and asking you for more. I am just saying not right now,” he added. “This is a very delicate diplomatic moment.”

On Monday, Iranian Foreign Minister Javad Zarif was quoted as saying new U.S. sanctions — which the United States promised not to impose in the November 24 agreement — would kill the deal.

“We are at a crossroads, we are at one of those hinge-points in history — one path could lead to an enduring resolution in international communities’ concerns about Iran’s nuclear program, the other path could lead to continued hostility and potentially conflict,” Kerry said.

The Republican House passed a new package of sanctions by a vote of 400 to 20 at the end of July. That bill seeks to cut Iran’s oil exports to near zero over the course of a year to try to reduce the flow of funds to the nuclear program.

However, the Democratic-led U.S. Senate has moved much more slowly, in part at the administration’s request, and it remains unclear whether Congress may be willing to put the November 24 deal at risk by passing fresh sanctions.

In a sign of bipartisan skepticism over the November 24 agreement, Eliot Engel, the top Democrat on the House panel, told Kerry he thought the administration would have more leverage with more sanctions.

“I think it could potentially strengthen your hand with a good cop, bad cop scenario,” Engel said.

Kerry suggested new sanctions would be seen as an act of bad faith because the United States agreed under the November 24 deal not to impose fresh sanctions. He also said they could undermine the unity of the six major powers who negotiated that deal: Britain, China, France, Germany, Russia and the United States.